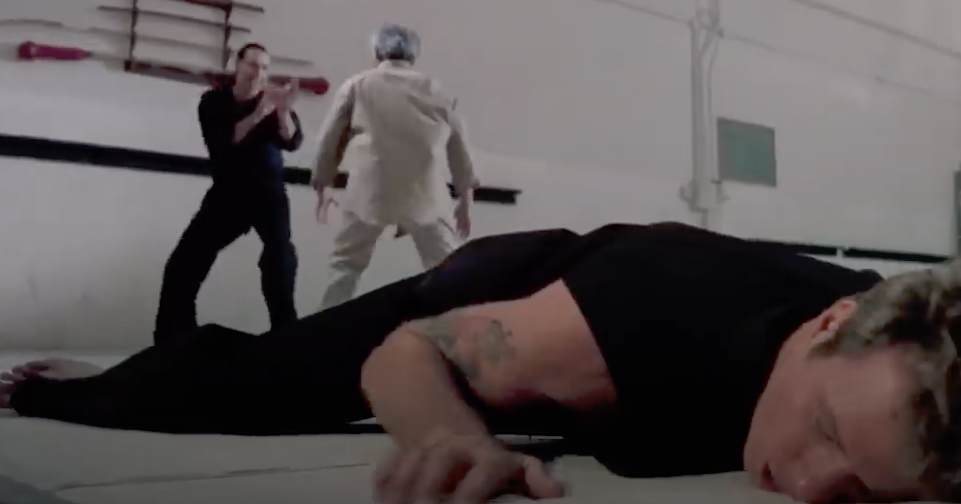 For fans of Cobra Kai Series on Netflix, there may be disappointment to learn this movie is an original production and has no confirmed connection with the cast or production of the hit series. Per Director Jon Hurwitz, there isn't a connection but he wishes the film well.

Karate Kid Movie fans rejoice! We are seeing an official canon release to the series that may introduce the next generation of star to the Karate fandom. Speculation about the role of Miyagi or Chan equivalent is still too vague to ascertain a guess, however, we know that Sony will want to capitalize on the Hit series and breakout popularity to gain the big bucks at the box office.

Learn the Kata from the Karate Kid Movie Here.

Currently little details are available aside from the official release date.

If we've learned anything from the past, Karate Kid without Daniel San has been rough. Many loved the 2010 remake with Jaden Smith and Jackie Chan, in comparison to "The Next Karate Kid" with Hilary Swank which had thrown the franchise into a 25 year hiatus since the hit of The Karate Kid III.

Stars from previous films have recently appeared to make cameo roles in the Cobra Kai series, which is officially licensed with Sony Pictures. In episode 5 of Season 5, Cobra Kai introduces Jessica Andrews, co-star and protagonist of The Karate Kid III. Jessica Andrews was the love interest / friend that worked across the street from his Bonsai Shop. Robyn Lively was the original character and announced in an interview with People Magazine her delight to return to the Franchise.

Netflix had brought back Jessica Andrews to Cobra Kai to patch up some loop holes and explain the 3rd party view of Daniel's Trauma in The Karate Kid 3.

Lively hints at the prospect of a Cobra Kai Season 6 in her interview with CBR.

The Future for Cobra Kai after Karate Kid 2024

Licensing for the Karate Kid image and likeness was given to Cobra Kai production team for a short period of time and the fears exist that Sony might cancel future contracts, leading to a dead end for plans of a season 6. We know that Sony has pushed back big ticket names including their Marvel releases to make way for Karate Kid 2024, which leaves us hopeful for a big production. So far, Sony has only announced it as the "return of the Original Karate Kid franchise", we're hoping this doesn't mean a split from Canon for the popular Cobra Kai series on Netflix.

Don't forget to grab one of the Best Karate Gi available as you practice Karate at home!