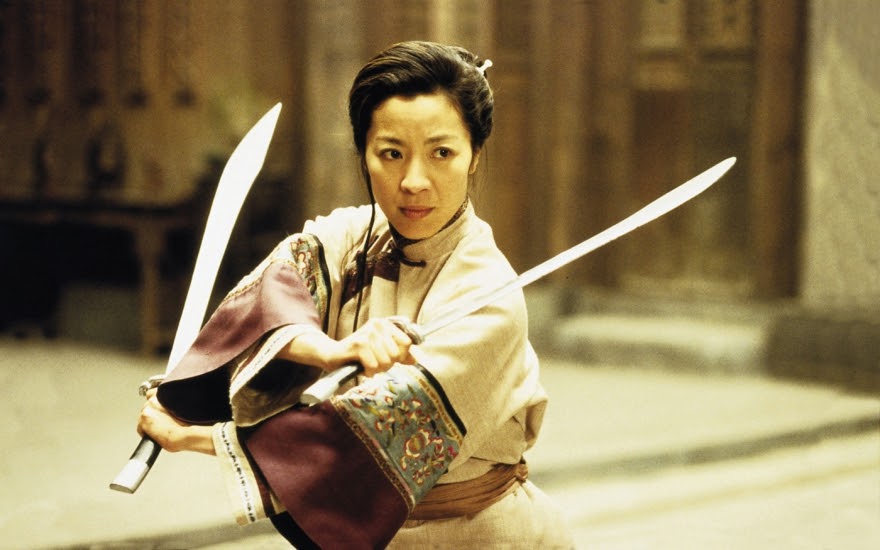 Equality between men and women can be defined in many ways. Some say that the things a man can do, a woman can do as well. This is true. But there are still aspects in life that women are given fewer opportunities. Especially when it involves fists, strength and overall physical efforts. In martial arts, we can attest that the main role of most martial arts movies is given to men.

In our society, women are seen as fragile being who needs lots of care and attention. In most cases, women are preferred to stay at home to tend to their families rather than join laborious works. Now, to prove that women are also competitive in many aspects of life, here are 5 martial arts movies that have female main characters in them. They will show you just how powerful a woman can be.

It’s very rare for martial arts movies to have female leads. To some, women just don’t have the “IT” factor when it comes to fighting. Their fighting styles could be too soft or too scripted and unnatural. As some would say. They prefer men to be the main characters in martial arts movies.

Well, this time, I will try to change some people’s opinions about females taking main character roles.

Crouching Tiger Hidden Dragon is another cinematic masterpiece that was released more than 20 years ago. The wuxia film is directed by Ang Lee and is based on a novel of the same name.  The movie was a big success which managed to earn an amount of $213.5 million worldwide, with $128 million of it coming from the United States. The film was the very first foreign-language movie to have ever broken the $100 million mark in America. It was also the highest-grossing foreign-language film produced overseas in the United States.

In 2001, the film was nominated for 10 Academy Awards and even accumulated 40 awards in total.

The film tells the story of female characters who each have their battles to win. Li Mu Bai, a true master of martial arts, decided to let go of his mighty sword Green Destiny and asked his unconceded lover, Yu Shu Lien to deliver the legendary sword to another treasured friend. After delivering the sword, it was snatched by a masked thief. Later on, it was traced back to Governor Yu’s household. After some investigation, Shu Lien determined the real culprit. Jen Yu, The Governor’s daughter. The story then got more complex when later on it was revealed that Jen Yu was associated with the Jade Fox, the one responsible for the death of Li Mu Bai’s master.

This film showcases the potential of female actors to deliver quality and convincing shows. The storyline was great but what makes the film a true masterpiece are the natural prowess of the actors in the film.

Chocolate is a martial arts film directed by Prachya Pinkaew and was released on February 6, 2008. The film premiered  Yanin "Jeeja" Vismistananda and earned an estimated amount of over $3.1 million worldwide.

The movie recounts the story of Zen, an autistic youth with a terminally ill mother and a Japanese gangster who isn’t even aware that Zen exists. Although Zen is handicapped, she has been gifted the ability to learn things quickly and lightning-speed movements in which she was able to enhance because of the Muay Thai kickboxing school besides their house. Then, together with her childhood friend Boom, they set out to collect money from the people who owe her mother. She then stumbles into a gruelling fight as she fulfils her goal.

The movie has a Bruce Lee vibe but at the same time, you can truly see what sets it apart. Jeeja’s execution of her role was effective in that viewers could feel how intense the fight scenes were. Some viewers even say that it’s somehow better than Ong Bak. Her role truly manifests just how formidable women can be that even with a handicap, they can still manage to kick ass.

China O’Brien is a martial arts film released in 1988 starring Cynthia Rothrock and Richard Norton. Although the film did not do well at the box office, it has somehow unpredictably become a hit in the western world with Cynthia Rothrock being the main lead of the said movie.

The film follows the story of a reputable police officer who went back to her hometown after her father, the Sheriff got killed. She then took his father’s post and started cleansing the town from bad corruption and crime.

Although the film somehow has some “bad choreography”, it’s undeniable that Cynthia rocks (no pun intended). Her fight leaves viewers jaw-dropping. She is phenomenal in the film and she strongly demonstrates what we call “Girl Power!”.

Reign of Assassins is another Michelle Yeoh film released on September 28, 2010, and has an overall budget of $14 million. It was directed by John Woo and Chao-Bin Su and garnered a total of $13.3 million in the box office.

Reign of Assassins is about a female assassin who left their group and decided to lead a new life after receiving some enlightenment from a monk. She was carrying the half remains of a monk who everyone was after because they believed it contained mystical powers. Her life became normal after she fled her guild and had her face changed while she assumed the identity of a cloth merchant girl and married a messenger guy, Ah Sheng. Soon after, she was revealed when she tried to save her life and her husband from a gang of robbers who tried to rob the bank they were in. Faced off with her former league, she is forced to hand over the other half of the remains of the monk and retrieve the remaining half. Things escalated further when twists in the story started showing.

I was only able to see the trailer of the movie but with it, it made me feel a mix of emotions. It’s something that exhibits women’s vulnerability as well as the capability of a woman to transition from one situation to another.

So Close is a Hong Kong martial arts movie with a hint of tech and guns. Starring Shu Qi, Wei Zhao, and Karen Mok. The movie was directed by Corey Yuen and had a gross of $810, 243 worldwide.

It’s about two sisters who operate as techy assassins who terminate criminals on the order of other criminals. As they proceed with their missions, one of the main protagonists, Lynn had a change of heart and wanted to start a new life together with his lover. She decided to decline a job offer but got killed because of her sister who went on with the mission without her knowledge.

The movie is a mix of martial arts, technologies and guns. Something that we really want to see in one movie. Their iconic soundtrack, Close To You by the Carpenters really played a big part in making the movie a lot more interesting. The female leads were really effective (the scene where Lynn died and Sue discovered the video that Lynn recorded prior to her being killed made me cry a river). In some scenes, you can feel the grief, excitement and a whole lot of emotions. It’s something that shows the versatility of women.

We are now in a time when discrimination is not welcomed and everyone can be anyone they wish to be. Women are slowly being appreciated as fitting for whichever role they play in society. And this is something to be celebrated because it’s a sign that society is now becoming more open to changes and accepting the notion that women are just as important as men. Even when it involves physical strength.