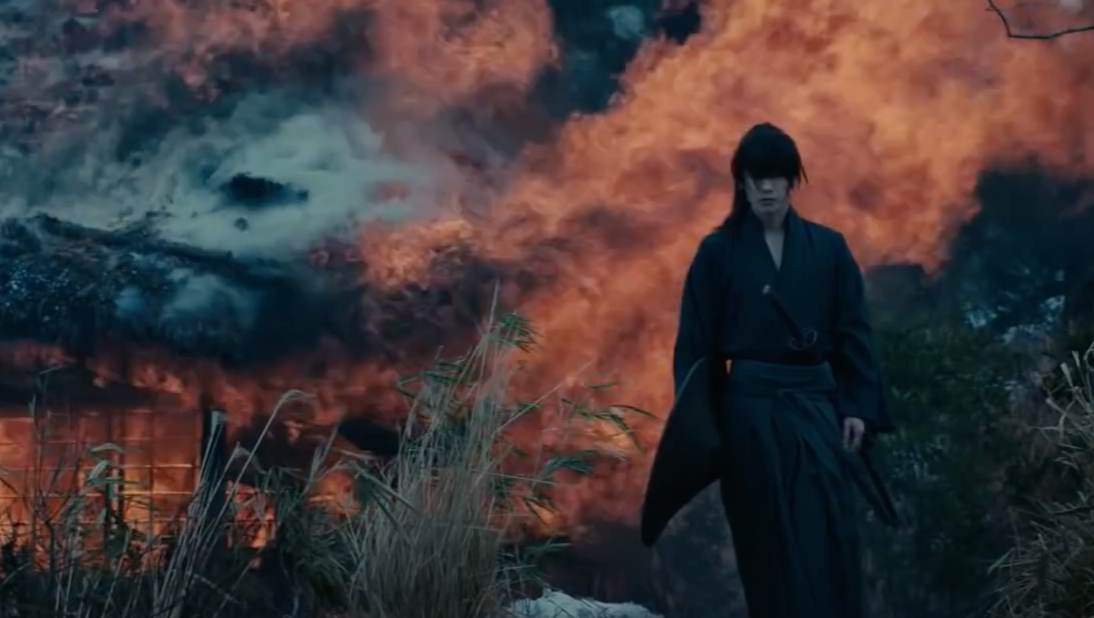 Are you looking for the best movies or series available with awesome action scenes, fight choreography, stunts, and kick butt martial arts? We've compiled a list of the 10 best martial arts shows to watch now on Netflix that will have you kung fu fighting in your seat the whole way through.

If you're looking to start martial arts training, or want to sharpen up your skills stick around until the end to sign up for our free online karate membership with video tutorials and a ton of resources like the 11 best karate Gi or 72 karate moves for Eagle Fang, or even How to do the Kata from The Karate Kid Movie.

Netflix bought up rights to a huge amount of GREAT martial arts movies recently and I was blown away. I remember the days of scrolling endlessly through garbage rated movies and settling on cheesy kung fu flicks. It was hard to narrow down a top 10 but I did my best!

If you think a movie should have made the cut let me know and I'll improve the list!

A peasant who wants to overthrow Japan's lord and become a killer in the name of justice learns the way of the sword and becomes a rogue samurai assassin in feudal Japan. Based on a best selling Japanese Manga, which is the equivalent to America's Marvel Comics, This exciting Action Adventure features insanely good sword battles, top notch production quality acting, and what's more... There's actually a part 2 on Netflix for you to binge watch!

This awesome late 80's martial arts classic is worth rewatching again and again. If you're a fan of old school Karate and old school movies, grab some pop corn and get ready for some crazy action as the US karate team sets off to compete against the best of the best in an international Karate competition for the honor of the world title.

Honestly, there is so much to love about this movie. It's so hard to watch due to cringe moments in the acting and the over dramatic Karate montages that piggy backed off of Karate Kid just 3 years prior. Even the film score feels hilarious now. The non ironic dad jokes and bad line dancing just make it even better.

If you want to time travel to the Wild West of Karate that was the late 80's, this movie makes the cut every time.

Best of the Best

Rating: So Bad It's Good

Jared Leto offers a Chilling performance of an American soldier that is imprisoned and has to join the Yakuza in order to survive. It's dark and creepy and action filled at every turn.

If you're more into guns and gang wars, this is a drama for you. The hand and foot combat aspect is not all there, but the acting puts it on our list for martial arts movies to watch.

Rating: Bang Bang Shoot Em Up Background Movie for when you're bored

Master Miyagi Does it again and raises a world class martial artist, but this time it's a girl, and that girl is Hilary Swank! Being a 1994 classic release, this movie hits all of my nostalgic feels and I could watch it again and again. The music stays true to the feels of the original Karate kid, even though it's just not the same without Daniel San.

A troubled teenage girl has to defend herself against bullies at her high school and stay out of trouble with the law. She has a proclivity for breaking into her high school at night to feed the class hawk, where the gang tends to hang out. The boys gang is connected to the police chief who sides with them.

In my opinion it's a bit too much drama and falls short of the mark but it's still a great classic movie worth watching again. It has some great fight scenes, and hell we get to see Hilary Swank to the crane kick and even some Nihanchi Shodan Kata.

The Next Karate Kid

4 Amazing martial artists doing insane Karate inside huge turtle suits and Vanilla Ice rapping while they battle? It doesn't get much better than this 1990 classic hit film. The fight scenes and comedy is out of this world. It's one of the very best movies ever made as a PG, with innuendos and adult themes, violence and a wonderful storyline about 4 baby turtles and a mutant rat that are chemically transformed into super heroes.

The most iconic cut animation of all time as the ooze turns them into what they are today, and how Splinter learned Karate. They gang skateboarding scenes underground at foot clan lair is so amazing, I want to just relive the 90's again and again.

I would watch this movie endlessly. I only wish it were longer! Great to watch with the kiddos and relive your youth while inspiring the next generation to uphold positive values and learn good life lessons.

Want to go on a mind warping altered reality fight adventure with a school girl who dons a samurai sword fighting otherworldly creatures? This movie offers incredible animation and fight scenes with blistering realism cutting between dramatic acts of a girl stuck in a 1950's mental asylum.

This movie is quite insane. Our Heroine deflects bullets with a sword in a WW2 bunker and shoots machine guns into dragons to steal it's crystals. This is a wild ride from start to finish.

Rating: Out of This World

Jean Claude Van Dam takes Martial Arts and Kickboxing to a whole new level and this late 1997 film is no exception. As a retired counter terrorism operative, he must team up with an arms dealer and travel to Italy to rescue his kidnapped family using martial arts and a blaze of Gunfire.

90's movies have crazy big budgets making them exciting to watch and it's honestly such a cult classic.

300 is a legendary movie loved by millions of people globally. It follows the story of the Spartans and their struggles to overcome the Persian Army using cunning tactics and brute strength. This movie will have you on the edge of your seat the entire time, and then you'll feel like smashing things, lifting weights and screaming "This is Sparta!" for the next few weeks.

Most people have seen or heard about 300 but it's definitely worth rewatching! The fight scenes are done really well and the whole aesthetic of the movie is true to the period. It's an exciting part of history and it's magnificent.

Cobra Kai is definitely worth binge watching all 4 seasons, as it follows the unsung antagonist of the Karate Kid movie franchise through their new lives and the continuation of rivalry in Karate with Daniel San and Miyagi Do 30 set 30 years in the future.

This performance is incredible and has brought new life into Karate with Disney Star Peyton List and original actors William Zabka and Ralph Macchio among notable cameos like Martin Kove. The rivalry continues with awesome Karate fighting in each episode leading up to the All Valley Karate tournament again.

They do a great job of bringing the 80's flair of the original movie into modern day, and the acting isn't too shabby either.

Rating: "You're the best, around"

This was an insane work of art and possibly the best performance we've seen from Legendary actor Tom Cruise. Between the emotional war montages and sword fighting to the award winning acting, we feel and believe in the story and learn to love the characters.

The acting and score bring this to the number one spot on our list of movies to watch. If you haven't seen the Last Samurai, it's a timeless masterpiece in cinema history that follows an American soldier who must adapt to life in feudal Japan.

The ending will have you crying as you will have cheered on the success of the beloved samurai. Theres so many emotions in this film with huge period appropriate scenes that treat this story as a history lesson.

All around it's fantastic, with performances by martial arts super stars, ninja vs Samurai scenes and even fighting on horseback in Samurai Armor.