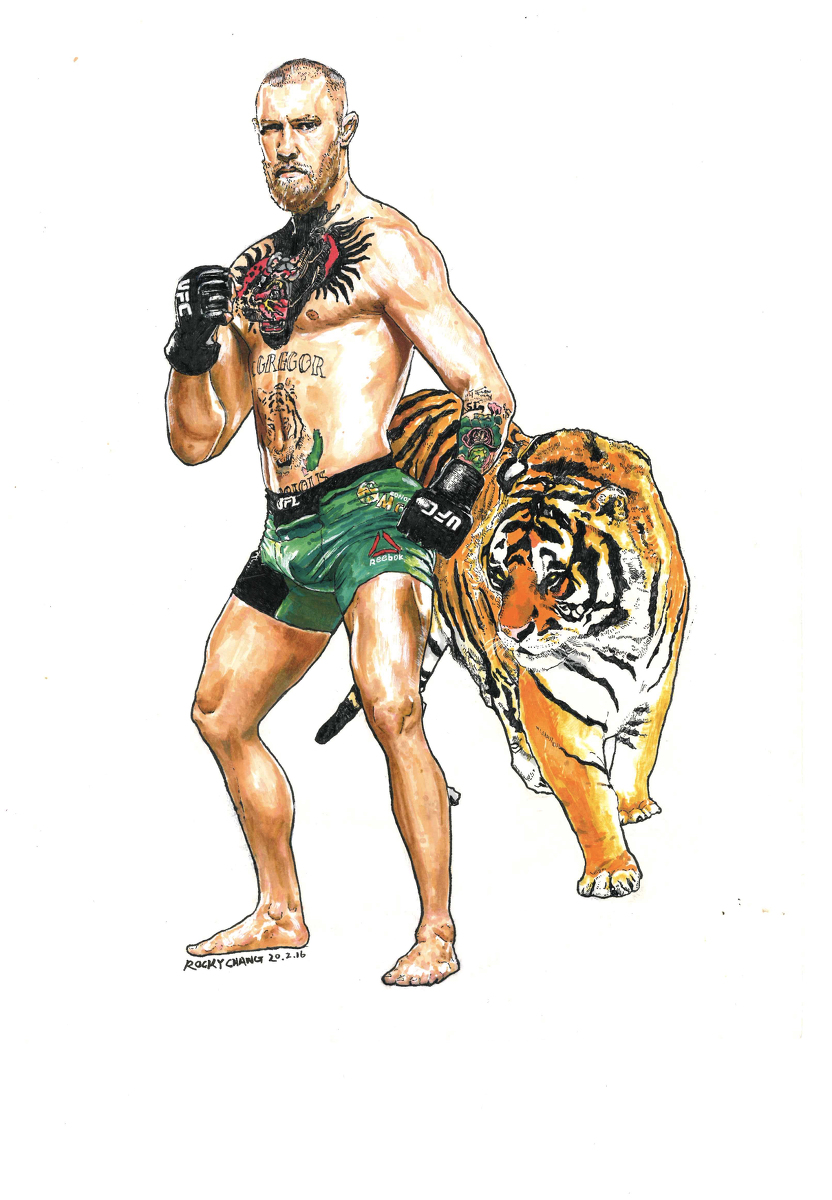 6 Shocking Moments with McGregor in the UFC

Professional Mixed Martial Artist Connor McGregor is an Irish boxer who is currently a member of the Ultimate Fighting Championship. He was a former lightweight and featherweight champion in the UFC.

He has competed as a featherweight, lightweight, and welterweight fighter throughout his career. He is also a skilled professional boxer who has won the majority of his fights via knockouts or technical knockouts.

In 2008, he began his mixed martial arts career and is known for being in the biggest pay-per-view draw in MMA history. He was the first MMA fighter to be named to Forbes' top 100 highest-paid athletes list in 2016, ranking 85th. But McGregor has got some top five moments where he shocked the world.

6. McGregor knocks down Dennis Siver in the second round

At the UFC Fight Night 59, expectations were no different especially when Dennis Siver was 10 years older than McGregor and had a shorter higher reach. The fight was nothing more than a great showcase fight for McGregor, who used body shots over and over against Dennis Siver with his trademark left-hand shot, which eventually broke down Dennis Siver to submission in the second round after consuming too many left-hand shots, which knocked Siver down and McGregor secured a great TKO performance.

5. McGregor finishes Diego Brandao in the first round

Soon after entering the fight, Conor McGregor came forward with a spinning back kick to the body, and it was clear that Diego wanted to meet McGregor punch for punch, and he tried to hit McGregor with his own high kick and then a flying knee from a distance, promising fireworks in this match.

Conor was just stopping Diego in his tracks with a beautiful spinning heel kick to the face every time he wanted to close in the distance and go after McGregor, and Diego was completely stunned by that technique. Diego was simply unable to recover, and Conor came through with a stunning 1-2. Conor McGregor's ability to finish someone like Diego in the first round spoke volumes about his abilities.

McGregor's first fight against a top five ranked opponent came in against the diamond Dustin Poirier. Many people were demanding a higher-ranked fight for McGregor and that's what they’ve got.

The fight ended in 90 seconds after Conor McGregor had easily taken care of Dustin Poirier by picking at him from the outside and smoothly cracking him with his left as Conor McGregor cornered him against the cage and landed a perfectly timed hook that clipped Dustin and he was able to put him down.

3. McGregor drops Chad Mendes in the last 10 seconds of the round

Chad Mendes was a formidable wrestler who also had dynamite in his hands as a fighter. Conor rushed forward and opened up with a spinning back kick to the body as the fight began. As he was able to counter McGregor's flying knee and then drag him to the floor, Mendes was able to shoot him for a takedown quickly.

Then, shortly after Mendes found an opening to sink in a guillotine choke, 'Notorious' got out and up against the cage and targeted Mendez in his body and took the wind out – and in an incredible display of power, 'Notorious' dropped 'Money' with less than 10 seconds left in the round, ending the fight and making him the new interim featherweight champion of the world.

This fight was a make-or-break fight for McGregor, and if he lost, it would determine the direction of his career. The fight began with Conor coming out locked and loaded and unloading a left straight to Donald Cerrone, who ducked under the shot immediately.

Let's take a closer look at Conor McGregor's number one moment, when he appeared to be invincible in a strikingly Jose Aldo's 13 second - knockout. Jose Aldo was expected to defeat Conor McGregor going into this fight. He would put an end to the Conor Mcgregor hype because he was the only UFC Featherweight champion in history and had a ten-year undefeated streak.

Jose Aldo's first big punch landed on Conor, who was stabbed back with devastating hammer fist punches that sealed the deal. Given that Josie Aldo was the unbeaten, arguably the best featherweight ever to face McGregor and lose in 13 seconds by the most devastating left hand, this was arguably the most shocking way to end a championship fight in UFC history. McGregor became a superstar with this victory, and the rest is history.