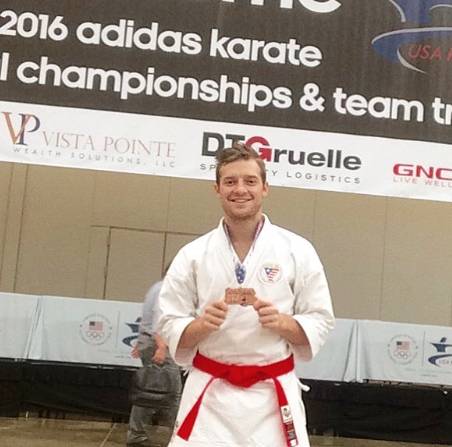 How Do I Become An MMA Fighter?

Lots of people want to garnish the recognition, fame, and money that Mixed Martial Arts Fighters are raking in over the past several years. MMA has skyrocketed in popularity and there's a global affinity for the brutality of the sport mixed with the finesse of the art of combat. Naturally, a lot of martial artists think they could be the next king of the ring taking over the octagon and the hearts of millions of adoring fans.

Becoming an MMA fighter is no easy task, and despite how much training you may have it might not be right for you. For most, Mixed Martial Arts stays a fun hobby and a sport to enjoy. Those looking to make a career out of MMA may have to undergo extreme training and countless hours on the mat.

In this article, I teamed up with Senior Content Researcher and Writer Mhiver Dayupay to bring you a guide on how you can become an MMA Fighter.

How to become an MMA Fighter

Mixed Martial Arts is considered as one of the most booming sports in our world today. According to sports daily, there are about 5,000 professional MMA Fighters across the globe with nearly 13% of them are being contracted by the Ultimate Fighting Championship or UFC.

What is Mixed Martial Arts?

Two fighters known as MMA fighters are the major characters. Each player uses three main methods to gain dominance over their partner: finishing holds, hitting, and control. When one of you concedes, is knocked out, or the match is stopped by the official referee, the fight is declared won.

How to Join the Right MMA Gym For Training

MMA is a thrilling sport, yet you may start training as early as 15 years old. By this age, your body is almost fully developed, and you can take control of your appearance by eating well and exercising regularly. If you want to pursue a career as a professional MMA fighter, you must be at least 18 years old and physically fit to compete. Here's how to get started on your adventure!

First and foremost, get in shape -that is STEP 1.

Before you can consider becoming an MMA fighter, you must first get yourself in top physical shape.

You should join a reputable gym club if you want to become a successful MMA fighter. A trained MMA coach, nutritionist, and physicist should all be present at the facility. The three of you create an excellent support group on your path to becoming a great MMA fighter. Remember, this is where you will build your fighting skills, create time to attend the sessions. If you are attending a full-time job, you will need to get the right balance when attending the gym and when to work.

You require beneficial links to achieve the larger heights of an MMA fighter. If you are under the age of 18, begin by participating in local amateur fights to hone your skills. When you reach the age of 18, you can move on to lower-division fights. If you win the fights, your reputation will propel you to the top.

Create your own webpage to exhibit your MMA fighting abilities. Share your website's link on various internet sites, and you can get a link to appear in the UFC.

Go for the MMA Fighter goal

It's no secret that being an MMA fighter is difficult, but it is possible. If you want to be successful in your training, you must devote time and effort to it. It is also possible to train at home with minimal equipment if you are able to prepare some of your own equipment or work out on homemade equipment such as a heavy bag (available for purchase online), jump rope (no cost), and a sturdy pair of gloves (around $60).

To become a successful MMA fighter, you must put in a lot of effort. You can achieve your objective if you are willing to put in the time and effort. You can train at home with little equipment if you don't have the money or time to go to a professional gym, but you must be spotted by MMA Trainers and Coaches to be given the chance to become a professional MMA Fighter.