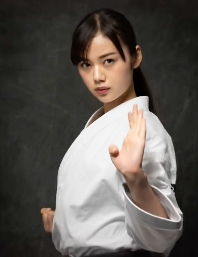 Taekwondo: You may have heard Taekwondo referred to as "safe space karate" in the past. Unfortunately, despite being popular it has not made my top tier list.

‍
Let's take a look at the most popular martial arts styles and rank them.

I'm going to be as honest as possible and also keep in mind that you can take anything from any of these martial arts styles a lot of them you can add together and create an amazing style of its own.

‍
Someone explained to me last time that I don't remember anyway so we'll start with judo.

Judo is a Japanese style I believe it came before karate. It became very sport based but not in a bad way it takes in a lot of takedowns I think that if you know judo instead of striking and being able to punch somebody inflict damage that way you're using the ground to inflict damage understanding body positioning balance.

I hold judo in pretty high regard I'm not going to lie also all of this is just my opinion on stuff that I value so I apologize if this hurts in basic feelings anyway that being said judo we're going to give it a number 10 Ranking because judo does not involve any striking which I'm a huge fan of striking.

I'm going to go judo seat here and I know this can be calm this is this judo has one of the most highly regarded black belts I think of any.

Boxing is clearly a beautiful excellent sport, but it is also a martial art in my opinion because whenever you move your body, you are producing art, just as dance is.

However, boxing is limited in many ways that many of these disciplines aren't, such as being able to just use your hands.

I like the idea of being able to throw kicks obviously you'll pretty easily answer that question yourself.

I enjoy watching boxing I like I like how it would be helpful for self-defense but I do think there are some important things there that boxing misses.

With that said I'm going to give boxing b-tier I'm still going to get boxing beat here since you can take a year of boxing and be able to kick the average person's but 100% of the time.

Foo kung fu is a catch-all term for a variety of Chinese martial arts systems. We're going to talk about the average, but we're going to do our best to speak about the average. When we talk about these styles, I mean that a lot of them are going to have schools within them that are from me okay they're going to have schools within them that are great obviously it depends on how well the teacher is and how well you learn and what kind of material they're actually teaching you from that style and how true they are to its application. I believe that if you come into a style that is based on kung fu or inside that area, you will receive a watered down version of what they taught a couple hundred years ago. Kung fu will be our first D tier. Please forgive me if I'm mistaken. I'll read your comments with kung fu if you leave them below. I like the idea of hand trapping and using parries and movements like that to work against your opponent, but for me, these are all gut instincts based on what I feel you know what I feel and I'm making this video right now in the present so maybe I'll change my mind in the future but for right now detail

Ok so now we're going to move on to lethwei, Dave LaDuke has recently made this popular probably the forerunner of kind of bringing popularity or making less way or more.

I'm not a huge fan, and I'm not a fan of bare-knuckle boxing for the same reason, but we're going to give it a good rank. It's typically extremely useful to understand how to manage someone's body as well as strike and use all of the materials you can get from your own body.

Capoeira is a dance. I'm sure in its beginnings it was less dance related capoeira's all about the kicks really fluid motions where you have to master body control.

I feel it has a really great basis and understanding how to move your body I'm not as familiar with capoeira as I am with some of these other forms.

I've taken maybe five of these styles in the past, but I've never done capoeira.

Based on what I've seen of capoeira, I'd probably take a couple months of it, but I wouldn't spend a lot of effort into it, and as a result, it's going to be our first theft here.

As I previously stated, this does not preclude you from utilizing anything from it, as they have tremendous kicks.

Jujitsu we're going to group together Japanese and Brazilian here because frankly I'm not going to type out two unique ones for me.


Jiu Jitsu is grand wrestling with the intent of submitting your opponent through strikes or submissions either one. I finally won. A lot of jujitsu schools teach from standing up.

I think Jiu Jitsu is an awesome player to the game if you have some form of striking background.

I think it's imperative that you also learn wrestling.

I don't think you should learn one without the other If you want to learn more about it, I'll leave a card here.

In any case, we'll continue to give Jiu Jitsu a pretty high score. Excellent belt ranking system competition based on leads for lots of advancement and talent Jiu Jitsu.

Jeet kune do—I'm sure I'll get chastised for saying this, but jeet kune do is more of a philosophy than a martial art form, and Bruce Lee's presentation of the concept had a big influence on a large number of martial artists.

However, as time passes, the concept of jeet kune do is becoming more of a style, and this is because anything that is repeated and repeated continues.

Wrestling: I'm not talking about WWE, I'm talking about paying someone to the floor to attempt to score points during a two-minute session.

Wrestling is probably the most popular of all these people who do it right now because if you take into account all the kids in high school that are doing it and if you think about it's what we wanted for karate we wanted to be able to put karate into the school system to make the average person more adapted towards defending themselves.

Now wrestling used to have submissions in it it doesn't now it's become a little bit safer because we want kids to be able to grow safely. The sport's leisurely self-defense still is pretty intense and effective.

‍
On average, this is something that takes pleasure in being purely a self-defense skill.

I believe Krav Maga has a name that is becoming more closely associated with things like karate and that people usually look down on a little bit more and I believe that's strictly because when you see something online you see somebody applying a technique to a standing opponent.

The reason that people like the validity of things like Muay Thai and judo and Jiu Jitsu and something that is because you see it in sport that resembles the actual style.

Which Martial Arts Style Is the Best?

Every Martial Arts Style has a purpose. Do them if you enjoy them. This is my personal view.

Karate is the ultimate martial art and was developed to help perfect the art of self defense in ones body and the character of ones soul.

It grew from an activity into a lifestyle and encompasses Strikes, Kicks, Health, Joint Locks, Take Downs, and Grappling or throws. Karate literally turns your body into a weapon.

Not McDojo Karate or American Karate where people are just in it for the money.