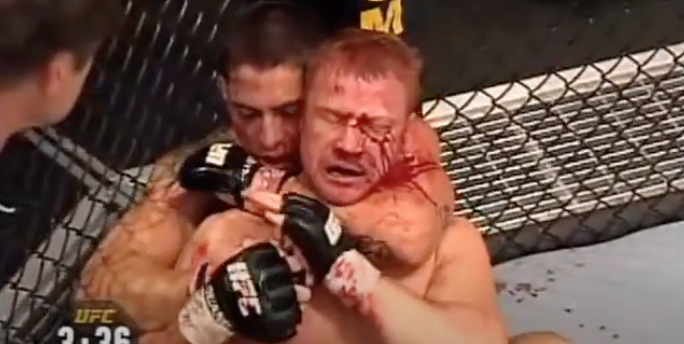 From one of the most controversial Mixed Martial Artists to being an adult star and up to a convicted felon - this is how Jonathan Paul Koppenhaver, also known as the war machine, has progressed in life over time. Jonathan Paul Koppenhaver was born on November 30, 1981, in the Los Angeles neighborhood of Simi Valley, California. Fasten your Karate gi, Brace yourself, and Strap in for this rollercoaster ride.

His German-American father was a Los Angeles Police Department officer, and his Mexican-American mother worked as a nurse before becoming a stay-at-home mother. Koppenhaver would frequently look after his younger brother and sister due to his mother's drug addiction.

When Koppenhaver was 13, he went through a traumatic experience when he attempted and failed to administer CPR on his father after he died of a heart attack.

In August 2000, Koppenhaver attended The Citadel in Charleston, South Carolina for two years before being expelled for alleged "bad behavior". While attending, he majored in biology. Koppenhaver claimed that he had been earning high marks at The Citadel.

Koppenhaver’s Mixed Martial Arts career started when he joined Team Serra in The Ultimate Fighter: Team Hughes vs. Team Serra. He was not part of the original sixteen fighters. Instead, Koppenhaver was brought in as a replacement when Roman Mitichyan broke his elbow during evaluations and was sent home. Koppenhaver lost by unanimous decision to Tom Speer.

War Machine made his official UFC debut in The Ultimate Fighter: Team Hughes vs Team Serra Finale, where he defeated Jared Rollins via KO at 2:01 of the third round. Both War Machine and Rollins received $25,000 each for winning the fight of the night and knockout of the night, respectively. His most recent UFC fight was at UFC 84, where he was defeated by Yoshiyuki Yoshida in the first round by submission.

He was found guilty of striking a Las Vegas man in the face and choking him unconscious during a parking lot brawl on September 2, 2007.

He was sentenced to three years of probation and 30 days of community service in February 2008, avoiding the possibility of a felony charge and the associated prison time.

In 2008, he legally changed his name from "Jon Koppenhaver" to "War Machine" after a dispute with TNA Wrestling over the use of his nickname.

War Machine announced on October 31, 2009, that he would pursue a career in adult films in addition to fighting mixed martial arts. War Machine revealed that he had signed with LA Direct Models and had his first scene with pornographic actress Riley Steele in his announcement. War Machine appeared in thirteen adult films between 2009 and 2010. In a nude pictorial with Christy Mack, War Machine was featured in the January 2014 issue of Hustler Magazine.

Out of the Octagon

Jon Koppenhaver was sentenced to one year in county jail in August 2010 for a felony assault conviction stemming from a fight in a Point Loma bar and another fight in a Pacific Beach bar. He spent most of his time in solitary confinement at the George Bailey County Detention Facility in San Diego. Following his arrest, War Machine kept his Twitter account active as well as a blog documenting his time behind bars.

War Machine's Twitter account announced on February 1, 2012, that he would be serving another year in prison due to previous events. After serving two years and two months in prison, he was released on October 29, 2012. He was immediately released from solitary confinement.

After declining a fight offered by UFC matchmaker Joe Silva and making suicide comments about the death of fellow UFC fighter Evan Tanner, he was released from the organization. War Machine was re-signed to an exclusive deal with Bellator Fighting Championships on December 7, 2011, and will compete in their Season 6 Welterweight Tournament.

At Bellator 63, War Machine was set to face Karl Amoussou in the first round of the welterweight tournament. War Machine was forced out of the bout and the tournament after receiving a year in prison for a prior assault in Las Vegas, Nevada in December 2009.

He was set to make his Bellator debut on January 17, 2013, against Paul Daley when he tore his ACL and broke his fibula which forced him out of the fight.

War Machine was released by Bellator MMA on August 8, 2014, after he raped and assaulted Christine Mackinday, better known by her stage name Christy Mack, who suffered 18 broken facial bones, a broken nose, 12 missing teeth, a fractured rib, and a critically ruptured liver.

On August 15, Koppenhaver, who had eluded authorities, went on the run for a week, tweeting self-pitying messages the entire time, allowing authorities to easily trace the IP location of his cell phone, making it far easier for them to track him down. US authorities apprehended Koppenhaver in Simi Valley, California. He was then extradited to Nevada and charged with 36 felony counts, including multiple attempted murder, kidnapping, rape, and sexual assault charges.

He was convicted on 29 out of 36 felony counts, including kidnapping and sexual assault with a weapon, and faced a life sentence. On both counts of attempted murder, the jury was deadlocked. Jay Leiderman and Brandon Sua acted as Koppenhaver's lawyers. Koppenhaver was sentenced to life in prison on June 5, 2017, with the possibility of parole after 36 years.