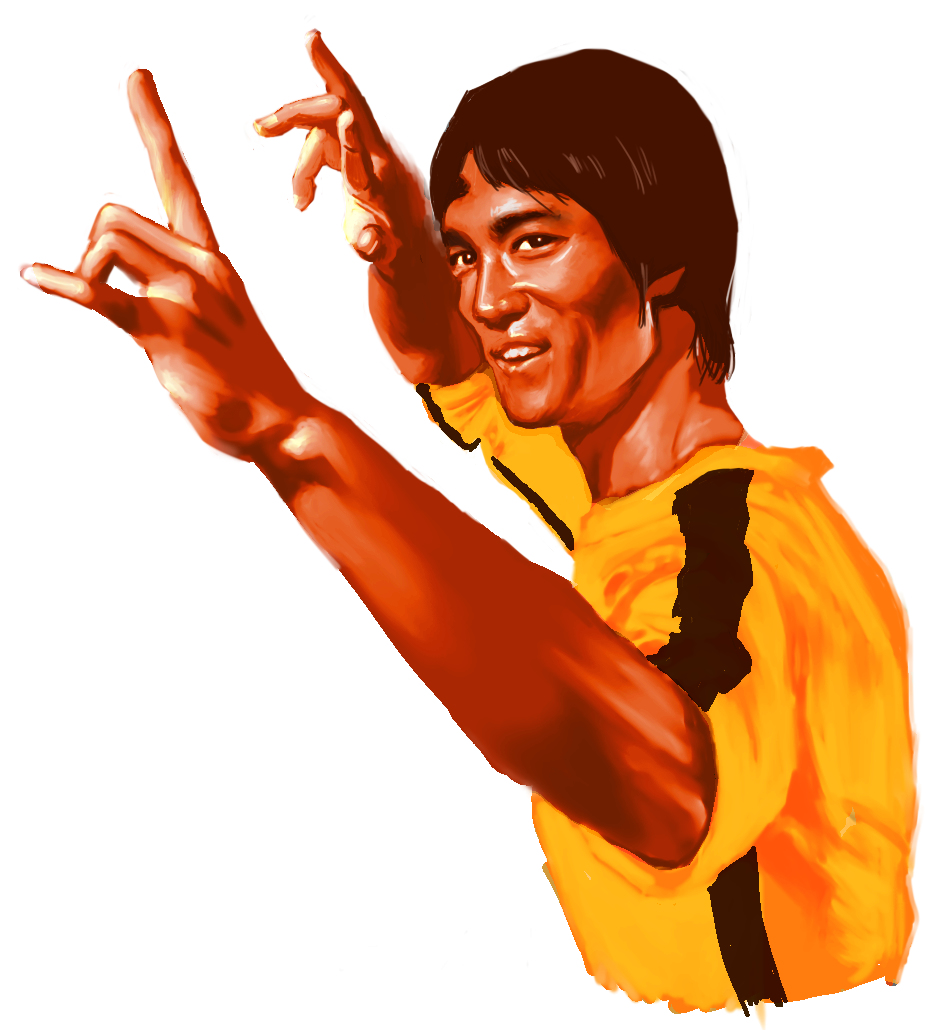 Martial Arts exploded in popularity in the 70s with huge names like Bruce Lee and Chuck Norris. The Kung fu movie fandom became paramount to Asian actors being incorporated into regular roles in American film productions, and more normalized less stereotypical roles. John Cho, famous actor and star of Cowboy Bebop advocates Asian American actor rights and inclusion today. Martial Arts has seen another craze and is being used more than ever with huge blockbuster releases from Disney, Marvel Studios, and Chinese film makers all the way down to streaming services like Netflix Originals.

Where did Martial Arts begin it's ascent to the climax that it's reached today?

Martial Arts in the Movies

If you're fond of watching martial arts movies, then you might have seen these faces a hundred times before. These martial arts actors and personalities you're about to see have made the biggest contributions to the film industry, in terms of martial arts.

Martial arts is any form of fighting style or combat techniques arranged systematically. There are many forms of martial arts. Kung Fu, Judo, Karate, to name a few. Each has its own different style.

Martial Arts and its Effect in Society

In history, various martial arts have been developed for essential purposes. Self-defense, self-improvement, law enforcement, etc. For society, the practice of martial arts is one of the most valued treasures and has been passed down from generation to generation. Through martial arts, one’s life could be altered in a positive way.

When one adopts the principles of martial arts, he/she develops self-discipline, self-confidence, healthier life and a positive outlook. A positive living leads to a more positive society where people can unite for one cause. Martial arts.

Before appearing on the big screen, some, if not most, of these actors have already been introduced to martial arts or are already practicing it. Most of them have been scouted by talents because of martial arts.


Almost anyone will acknowledge that Bruce Lee is on the top of any list when it comes to martial arts. He’s the DRAGON! Even probably the BEST martial arts cinema icon of all time (Not even kidding!). Yes, his life was short because of brain oedema caused by an allergy to a medication (although some have different theories otherwise), but we can never deny that Bruce Lee made the biggest contribution to the film industry. Even up till today, his name is still renowned and still continues to influence different aspects of society, not just the film industry.

His martial arts prowess made him star in different martial art movies and even in Hollywood. He basically introduced martial arts to the world and became the reason why Asians and anything related are somehow accepted in the Western part of the world.

Who doesn’t know Jackie Chan is totally missing out on someone great. EVERYBODY likes Jackie Chan. Who doesn’t like a legend? He’s famous, funny and a really effective martial arts actor. Wait, he’s not just an actor, but a director as well!

Trained at Peking Opera School, Chan is a Hong Kong actor famous for his funny acting skills and doing his stunts by himself, without any double. He has broken too many bones in his body. You'll be surprised he’s still kicking! He has starred in many movies, all of which are great and highly anticipated by almost everyone. Like other martial art actors, J.C. was already well-versed in martial arts. He was a stuntman and soon after became one of the biggest martial art actors of all time. He also had one of the biggest contributions in creating a golden age for Hong Kong's cinema in the 1980s. Chan is highly appreciated for his unique fighting style and fun way of delivering it.

Another star who made a huge contribution to the film industry is Jet Li. He is an actor, producer, martial artist and wushu champion. Born on April 28, 1963, Li is an award-winning martial arts actor known for his critically acclaimed films. Hero (2002), Once Upon a Time in China (1991-1993) to name a few. He also starred in numerous non-Chinese films such as Lethal Weapon 4 (1998), Romeo Must Die (2000), Unleashed (2005) and so many others.

Jet Li has not just influenced the film industry. His notable name was also recognized by other organizations and was appointed Ambassador of Goodwill by the World Health Organization. He was also the Red Cross Society of China’s Philanthropic Ambassador. Aside from this, he also runs a foundation, One Foundation and contributed some of his earnings for different charity projects.

His most recent film was 2020’s Mulan when he played a powerful Emperor, as requested by his daughter. As of lately, he has been a little off the radar because of his new priorities which according to him, “Life is a movie too.”.

Before his venture into the film industry, Hung was already trained in martial arts. Just like Jackie Chan, he also had his martial arts training at Peking Opera School.

Sammo Hung is a stuntman-turned-actor-turned-director and has directed and choreographed hundreds of martial arts films including Paradox. He was even named the Filmmaker in Focus during the 2019 Hong Kong International Film Festival.

Hung is undoubtedly one of the strongest pillars in the Chinese Film Industry due to his innate talent for both martial arts and film, with his most substantial contribution as director for some of the biggest and greatest films in China.

Have you watched Ip Man? If yes, then you’re probably familiar with the male lead. Donnie Yen. (Maybe) one of the reasons why he himself is a master of martial arts is because his mother, Bow-sim Mark, is also a master of Kung Fu.

During his teenage years, he didn’t want to be overshadowed by his parents’ achievements so he decided to level up his own skills by learning different fighting styles, Japanese Karate, Korean Taekwondo, Western Boxing and even took up breakdancing and hip-hop.

Yen has brought change to the cinema and film industry by bringing mixed martial arts (MMA) into mainstream cinema through his superb choreography in many of his films.

Some of the best and most celebrated movies of Donnie Yen are IP Man (Installment), Hero, Fist of Fury, and many more.

As of today, Yen is one of the most in-demand martial arts choreographers in the world of action cinema.

Aside from his cool name, he is also cool in many ways. Let’s not talk about his acting skills and just focus on his fighting style and his contributions to the film industry. *wink*

van Damme, as he is most often called, specializes in Shotokan karate, having learned the martial art at the early age of 11. He then took weightlifting and ballet and soon after, won the championship for the middleweight division of the European Professional Karate Association.

He pursued his acting career in the 1980s and made some of the most hit movies such as The Universal Soldier, Bloodsport and many others.

Michelle Yeoh is proof that women can slay too. She was born in Malaysia and won the Miss Malaysia pageant, as well as Miss Moomba in Melbourne.

When she became an action star in Hong Kong, she only knew basic Cantonese and even learned phonetically.

Her success in the film industry even expanded internationally. If you're not aware, she starred in numerous international films, James Bond: Diamonds are Forever, Crazy Rich Asians, and was awarded as 50 Most Beautiful People in the World. She has also gained multiple awards, proof that she is an effective and established martial artist/actress.

Steven Seagal is yet another successful actor who conquered the industry with his fighting prowess.

He began his martial arts journey as a martial arts instructor in Japan. A 7th-dan black belt in Aikido, Seagal, opened up aikido judo in Japan (making him the very 1st foreigner to operate in Japan) while pursuing his career in acting.

He was born in Lansing but is now known across the world for his various movies which mostly centres or features his talent in martial arts.

Among his greatest films are Under Siege, Above the Law, Hard to Kill and Exit Wounds. Is he your idol?

Last on our list, but definitely not the least. Keanu Reeves. "We're all stardust, baby!". If you're familiar with this line, then you’re cool (just like what his first name suggest)! Though he doesn’t hold any black belt, he was trained in Judo and Brazilian Jiujitsu for his role as John Wick.

Keanu Reeves has made some of the most famed movies of all time, John Wick, the Matrix, Speed, Man of Tai Chi (he played the bad guy on this one but man, he carried it out so perfectly!), and many others, all of which made wonderful contributions to the film industry.

In real life, he is a soft-hearted man who cares a lot for humanity. Most of the time, people see him walking around the streets with simplicity as reflected in his attires, or riding the subway, bus. He even donated 70% of his earnings from the Matrix.