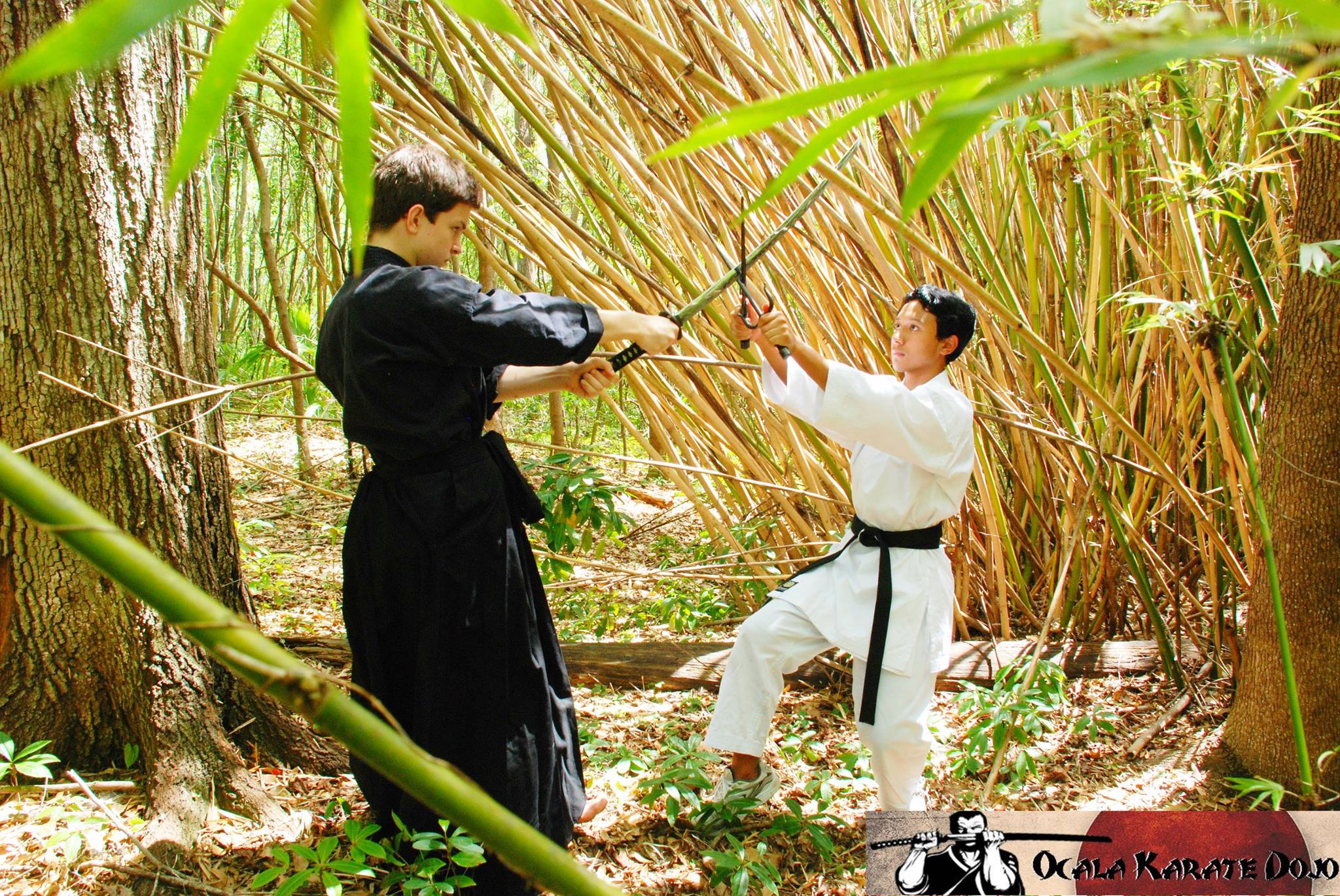 Why is it inaccurate to call Karate a Martial Art?

Karate, meaning empty hand or China hand, was developed by the Okinawan (Japan) people for self defense. Karate uses no weapons and features hand, foot, and grappling techniques against an attacker. The rules of Karate have evolved to include the 5 Dojo Kun as follows:

Sets of Skilled Body Mechanics developed by the user for self preservation including striking, kicking, and grappling. Often seen as forms of self defense, offensive combat tactics, or combat sports. Popular disciplines of Martial Arts include, Karate, Taekwondo, Samba, Kenpo, Judo, JiuJitsu, Aikido, KungFu, and Savate.

Is Karate a Martial Art?

No. Karate was once a martial art and is now considered a way of life.

Karate no longer has a need for everyday life preservation like it once did in the feudal era.

However, as a way of life it promotes peace within the individual and helps practitioners live life without fear of violence or bullies. It is a great exercise as well.

When you define Martial Arts as a means of war, Karate's precursor Tui De was a means of killing or maiming using powerful and dangerous techniques without rules.

Tui De examples can be found in the Bubishi, the Karate Bible.

Once outlawed, Karate was taught and practiced in secret, until it became legal and popularized in the early 1920s by Gichin Funakoshi and Choki Motobu.\

Karate has evolved from then until this day in a time of peace and has adapted into a friendly competition sport that was even featured in the 2020 Tokyo Olympics!

Many famous martial artists have been known to practice Karate.

The English language and it's defects becomes the blame for arguments about whether Karate is a Martial Art or not.

Many people claim that martial arts can only be forms of combat used for military purpose. Akin to the term Martial Law.

However, pragmatics aside, someone who practices any discipline of combat arts (whether sport or military) is referred to as a "Martial Artist".

So, the Japanese have simply adapted the use of "KarateKa", or a person who does Karate vs. something more literal like "Bushi" or "Heitai" meaning Warrior or Soldier respectively.

Just because someone practices a martial art (even if it's deadly), but they aren't enlisted in a military group, does it make it not a martial art anymore?

Karate is not a Martial Art, but Karate Practitioners are Martial Artists

This is where we clarify the silly intricacies of the English language to explain how Karate is not a Martial Art.

Karate is not used by any military to fight in wars, which disqualifies it as a martial art. It was never technically used in this way.

Even in feudal Japan, the noble classes and Samurai 自衛隊格闘術 were taught bugei juhappan including

Technically, Japanese Martial Arts only include Judo and JuJutsu (not Karate).

However, those whom practice Karate are considered Martial Artists, people who keep alive the traditions of the body mechanics used for self preservation in a time of war. In Japan's case, primarily hand to hand close combat wars.