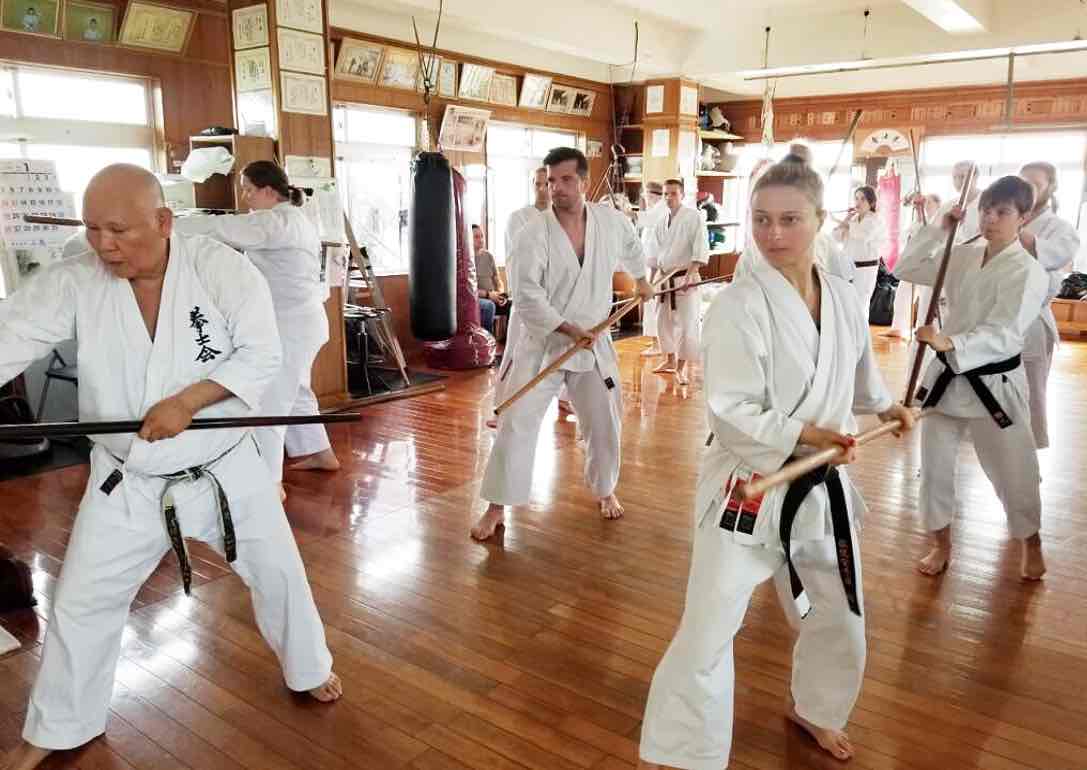 Martial arts tourism in Okinawa brings thousands of global Karate enthusiasts to the island each year.

"Okinawan karate is far ahead of the rest of the country. It's an undeveloped field, so you can try new things more and more."

Keiichi Furuta, the director of travel agency "Agesio Japan", that mainly deals with karate tourism in Okinawa Japan, says "Budo tourism" is a part of "sports tourism" promoted by the Japanese Sports Agency as one of the efforts to revitalize the region through sports.

Focus areas exist for foreigners to learn Japanese culture and history through martial arts such as karate, judo, and aikido. It is a tourism measure mainly for inbound tourists that incorporates Traditional Karate and Kobudo content.

‍
Furuta San, says, "I am preparing while doing what I can do now. This field is still in the future".

Visting Okinawa "the sacred birthplace of karate", is currently difficult or for some impossible.

Although the damnd is higher than ever due to elevated interest in Olympic Sport Karate, there are no overseas customers due to the bad corona virus outbreaks globally.

"We are preparing to welcome many overseas karate enthusiasts who are holding back their desires."

Before Corona, about 7,000 people came offshore for karate every year. The movement of martial arts tourism (Budo Pilgrimage) mentioned above began to appear, and it was the spread of corona infections that halted the growing fad.

Planning to shift and retain these lost customers, many Karate or Kobudo instructors in Okinawa and Mainland Japan had to shift focus to other means of providing their services through trial and error,. "It was online karate instruction that I could see as the situation where no foreign customers came for a year and a half.". Even with Online Karate available, struggles to retain customers arose.

Currently, while holding online seminars, working on consignment projects of prefectures and countries, and creating content these traditional Karate practitioners are making efforts to build relationships with overseas customers who wish to come to Okinawa in days after corona.

Mr. Furuta realizes that "the number of people who want to go to Okinawa from overseas is very large."

Although it is difficult for the citizens of the prefecture who are not usually interested in karate to realize it, the popularity of Okinawa karate overseas is tremendous. According to a famous Sensei in Okinawa, he held an overseas seminar once a month prior toCorona, attracting 1,000 paying customers each time.

Furthermore, when the seminar was held in Okinawa, about 200 people from all over the world gathered. "Okinawa's karate dojo is a longing for the world, isn't it?" Akamine Kaicho said.

In absence of in person Karate and Kobudo seminars does the heart grow fonder?

We certainly hope so, for the sake of Traditional Karate and Kobudo and the Okinawan tourism economy.