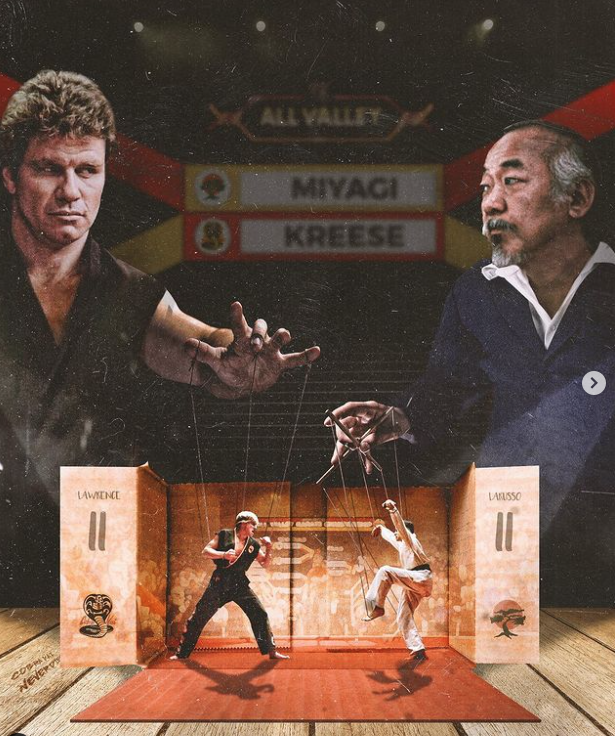 Who is Albert Olmstead and How did he die? Cobra Kai Netflix Cameraman and Actor Passes Away Suddenly

Right now Cobra Kai is the hottest Karate show on Netflix reigning in at #1 in the world. Consequently, ever season of Cobra Kai is also ranking in the top 10 making it viral and creating huge interest in the show.

In Season 4 episode 7 a eulogy photo was posted at the end of the episode paying respect to the memory of Albert Olmstead who worked as the camera and lighting tech for the series to date. Filming had been taking place in Atlanta, GA in the USA for the past few years since the show originally aired as a Youtube Special.

Albert was also known for his work in many other popular productions for Netflix including the Mega Hit Stranger Things, Baby Driver, The Walking Dead and others.

Albert Olmstead, 39 years old, was crushed while working on a leak in his basement in July 2021. The wall suddenly collapsed according to reddit r/cobrakai.

In a freak accident caused by a retaining wall, we have lost an amazing person and a great soul and will always remember him and hold him dearly. If you would like to support his family, please consider making a donation to his official GoFundMe here.

Who Was Alfred Omstead?

Alfred was known and loved by many as a skilled electrical engineer, sound and lighting production tech for film and television contracts. Alfred graduated from University in Augusta Georgia and is survived by his wife and 5 children. Olmstead was always seen with a smile.