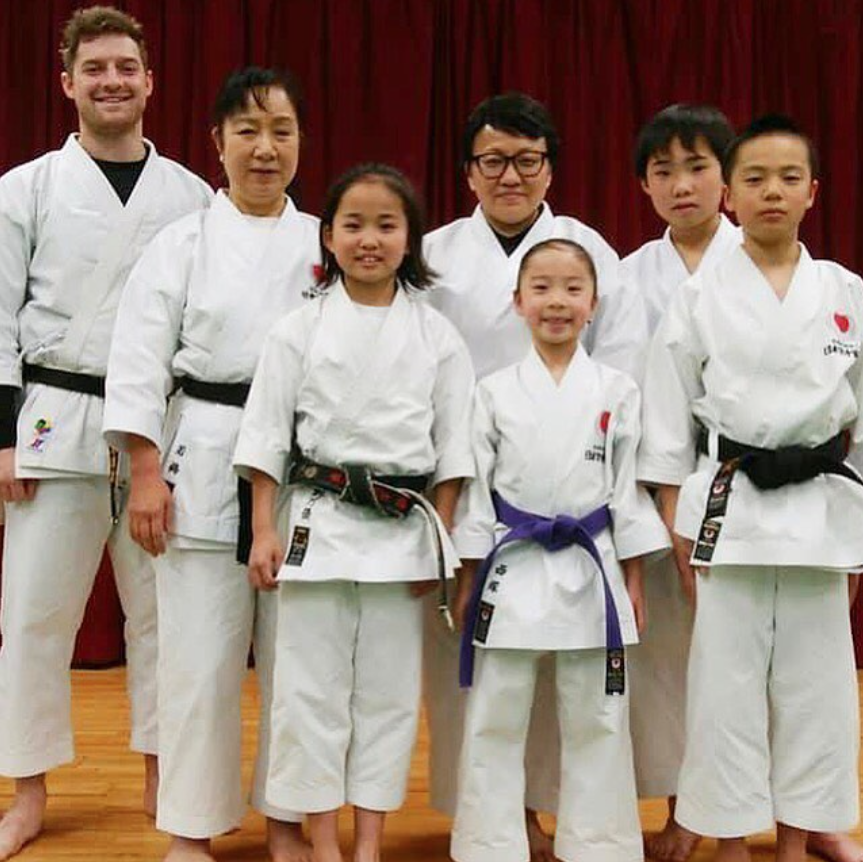 I Trained With Japan's Most Famous Karate Girl: Mahiro Takano

In 2017 I traveled to JKA Nagaoka Japan a few hours outside of Tokyo where I was living in a small 2LDK apartment to train some Karate with my long time internet friend Takako Kikuchi. Takako Sensei is a high ranking Black Belt in the JKA and practices Shotokan Karate. Many of you may not have heard about her, but in her youth she was one of Japan's Champion Karate Kata Competitors.

Want to learn Karate online or sharpen your skills? Stick around till the end of this article to create a free membership for our online portal that includes Karate, Kobudo and Iaido programs. Lots of Cobra Kai, Miyagi Do, and Eagle Fang Karate fans have joined all over the globe and we welcome you to our federation as well!

Her most famous student has garnished the most attention globally, being named a Karate Prodigy. After a long night of training with the JKA Nagaoka branch school, I traveled to Chiba Prfecture to cheer on the students as they competed for the All Japan School Championship. Mahiro had been crowned 1st place for the 5th year in a row, and won by only 1 flag result. It was anxiety for everyone watching.

When we trained at the Nagaoka Dojo, we split into groups after a pretty intensive stretch and group exercise. The Dojo was a huge recreational gym that was a very cool 40 degrees ferenheit. Even with the Best Karate Gi, it was freezing. That Dojo was Cooler than Steve Mcqueen in a Mustang.

We had also traveled to meet Mahiro at a small room at a school to do some Kata. Takako Sensei had brought a few colored puzzle mats to create a small square for her to practice on rather than the concrete floor. Seeing her practice Kata was a nice experience. I had a few Karate students who really looked up to Mahiro, and the secret to her success? She seemed to love Karate.

Mahiro is a very joyous person, and polite. She loves doing Karate Kata, and having a world class coach doesn't hurt either.

So what is Karate Girl Mahiro doing now?

Mahiro doesn't have social media accounts to protect her privacy as a world famous Karate Girl. She was a globally loved phenomenon at just 5 years old. At 7 years old she was cast as the star of SIA's music video.

Recently, Mahiro Takano performed Karate at the opening of the Tokyo 2020 olympics.

She has appeared on National Japanese Television several times and in commercials around the world.

Most recently 13 year old Mahiro was selected as the Actress for KATA a movie for the 20th Tribeca Film Festival recognized around the globe. This short documentary will follow her journey to her 7th title as Japan's Champion in Kata.

Mahiro is part of the JKA Karate@Home program, where they are practicing from small rooms with social distancing to avoid Covid exposure. For local and regional competitions, many Japanese citizens must use public transportation which increases risk of exposure to illness. Therefore, Covid antigen tests are administered prior to competing to ensure safety for coaches, competitors and judges.

Mahiro continues to train diligently and is growing quite fast! She's no longer the short and cute little girl we once knew, she is growing to be a fierce Karate Girl Competitor and has blazing fast and powerful techniques. I think the whole world of Karate is excited to see Shotokan Karate grow with Mahiro into the next generation of Competition.

Mahiro was about 4 years too young for inclusion into the Tokyo Olympics Karate Games, however rumors have been circulating that we may see Karate again in 2026 Olympics, giving her the spotlight she desires.

If you love Karate and want to also learn or practice at home consider signing up for your free membership to our online Karate programs!