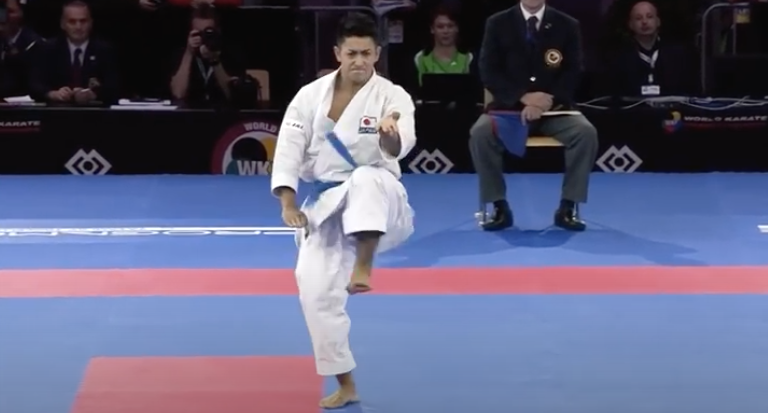 Over time Karate has evolved and changed: Each year the competition for WKF World Karate Federation becomes more fierce, honed, and polished. Now Karate has amazing rhythm, timing, speed, and form compared to the Karate of the 80's that was made popular by Martial Arts movie stars and The Karate Kid.

If you're a serious Karate competitor, you'll want to be prepared with the best Kata line up to win your matches. I've analyzed countless hours of video alongside Sport Data for Karate and determined which Kata wins the most in both male and female categories. It has varied slightly over the past few years but has remained pretty consistent in the top 3 line up.

After all, you could be the very best Kata performer in the world and choose a form that judges don't prefer over your competitors choice. Sometimes, going with a crowd favorite is the best way to become a playmaker and medalist.

Annan was actually the Number one ranked Kata in 2014, as we saw huge wins from a Young Ryo Kiyuna that began his career of Gold Medals in the WKF for the next 7 years straight onwards to Olympic Gold in the 2020 Tokyo Karate Olympics. Kiyuna used Annan to win Gold in 2014 and 2016. Other notable Annan performers include Emiri Iwamoto, Antonio Diaz, and Damien Quintero.

Suparinpei has been a classic choice for Karate Kata finals for a very long time. It's a lengthy Kata with lots of dynamic movements and deep stances with quick sequences. The Kata was made popular by All Star Rika Usami winning Gold Medal in 2010, Antonio Diaz gold in 2012, and Ryo Kiyuna Gold in 2017.

Through the years, Suparinpei has remained a top Kata Choice for competitors seeking high scores.

This Kata seems like it will always be a final round spectacular choice for Kata. In the women's Kata division, the choice has remained strong. Huge Names like Sakura Kokumai, Sandra Sanchez, Rika Usami, Damian Quintero, and Kiyou Shimizu tend to choose Chatanyara Kusanku as their final round Kata to win Gold.

Looking to amplify your Karate Kata? You'll want to look your best, and choose a Karate Uniform that has the performance and snap to match your caliber of competition. Check out the 11 Best Karate Gi Brands for Competition Guide.