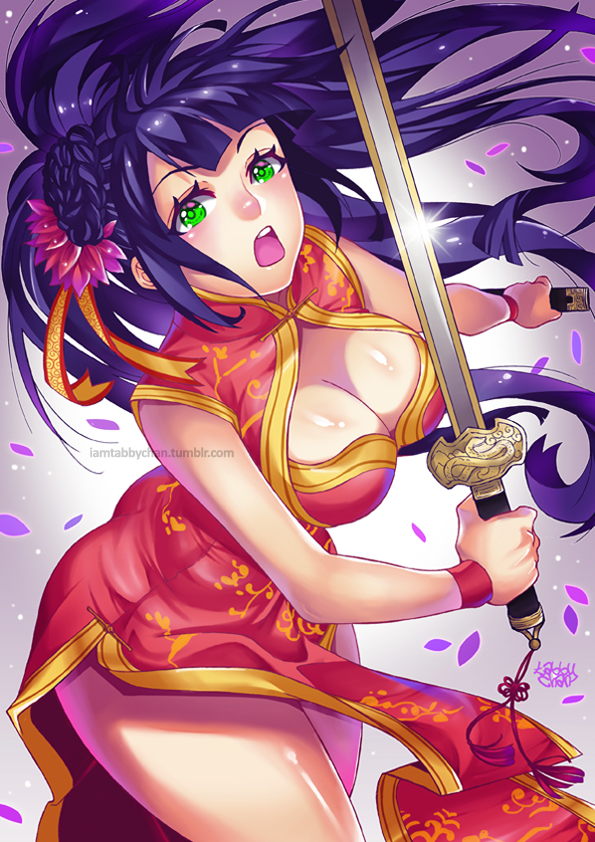 15 Martial Arts Weapons and Where They Came From

There are tons of martial arts weapons dating back to the beginning of man kind itself! Weapons have emerged and evolved over the various centuries and it's pretty fascinating to see the progress.

For different reasons, people create various weapons. Self-defense, law enforcement, warfare, hunting, and many others. Weapons have served many purposes for yesterday and even today’s society.

It’s not unknown that in martial arts, not only the fist are being used. Even the best martial arts use weapons to maximize their fighting styles’ full potential. Weapons are the extensions of the human body when fighting. With it, the chances of achieving the wielder’s goal(s) increase ten-folds.

Are there any particular weapons that you know about or wish to have? Or are you planning on collecting the best weapons ever created? Before any of that, here are 15  martial arts weapons and where they really came from.

I remember seeing a Katana when I was a kid. Back then, I didn’t know what it was called or where it was originally from. It was old and a little rusty so no one really paid much attention to it. I bet it was an authentic one. Although I didn’t know it then.

Weapons are really puzzling things to people who do not understand or know them. But to someone who has extensive knowledge of the different martial arts weapons, they are treasures that need proper handling.

This compilation of 15 martial arts weapons and their origins would enlighten you, especially if you have no idea about weapons or are just learning martial arts.

For lovers of ninja movies, then this weapon is familiar to you.  But did you know that the original users of shurikens weren’t ninjas? Samurais and Ashigaru soldiers were the users of these traditional weapons.

Shuriken is a concealed weapon originally from Japan. It is a traditional weapon used for throwing, stabbing or slashing anything (or anyone). Generally, there are two (2) varieties of shuriken. The bō shuriken or stick shuriken, and the hira shuriken or flat shuriken that are sometimes called shaken or kurumaken.

Bō shuriken or stick shuriken usually resembles that of a stylus and are initially used as a secondary weapon. Usually, bō shuriken is laced with poison used to either slow down opponents or weaken them.

Hira shuriken or shaken were usually used for attacking or wounding opponents. These types of shuriken are somehow the most popular form of shuriken due to their design. There are many variations of hira shuriken most of which are identified by the number of points that they have.

It is a traditional Chinese weapon used to trip enemies or snatch their weapons and is mostly used by northern Chinese martial arts styles.

There are no definite sources as to when this pair of weapons have truly been created but there are samples that suggest that it was a recent design.

You’d probably think these bamboo sticks are nothing compared to sharp swords and heavy metal weapons. But man, they can be the most versatile weapons you’ll ever wield.

Arnis is the national martial arts of the Philippines. Originally used by indigenous people in the said country and is characterized by the twirling and swinging movements of Arnis martial arts.

In 1521, people from the Philippines drove away the Spanish colonizers with nothing but their sticks and Arnis skills. Since then, the country considered Arnis as their national martial arts. Now, it has also been considered a sport.

The Kama is another versatile weapon that came from Indonesia and soon after migrated to different countries such as Japan and China. It was originally used as a farming tool for cutting wheat and rice but later on, people began seeing it as a potential weapon due to its relatively small size and sharp blades.

Users can wield one or a pair of kama and in rare instances, could even throw the weapons to opponents.

Looking at the pair now, they somehow resemble that of a boomerang or a scythe (Grim reaper’s scythe?). Huh.

The famous Samurai weapon symbolizing honour and dignity, the Katana. Katana is a historical weapon from Japan used as a backup weapon for a Samurai on a battlefield.

Did you know that ordinary Japanese citizens are prohibited to own a Katana without being registered at Nihon Token Kai? The Katana symbolizes honour and dignity for the Samurais thus it is required to have Japanese-made swords registered and the sword must exhibit traditional or cultural significance. Owners should also have certifications of authenticity otherwise, their weapons would be confiscated and they will be charged with possession of illegal weapons.

Also, swordsmiths are only allowed to create two swords a month as cultural artefacts, and their works are evaluated and rated by token kai after which the prices of their works are adjusted, based on the quality of the swords produced.

I remember a character from Mortal Kombat who uses Rope Dart or Chained Kunais. Scorpion.

A Rope Dart or sometimes referred to as chained kunai is one of China’s most versatile weapons characterized by a sharp and heavy metal tip tied to a rope usually made or para-cord or cotton rope and is no thicker than ⅜ inches.

Although this weapon is very versatile, it is somehow a little bit impractical to be used in actual combats. But of course, accomplished users of the rope dart would say otherwise.

Khukuri is the trademark weapon of the valiant Ghurkas in India. The weapon is also very popular across the world because every Ghurka soldier commissioned in many different countries wear it on their uniforms.

The Khukuri is made so sharp and lethal that if used with enough force, even the bones could be pierced.

Here’s another strange and ancient martial arts weapon from India, the Urumi. Urumi is a traditional weapon from India and one of the hardest weapons to master. So hard that even a small mistake in wielding the weapon could result in chopping off the user’s hands or arms. Imagine how powerful that is!

The weapon is as flexible as a rope but is made of steel and is ideal for fighting multiple opponents. Even one sword of the Urumi is already hard to master and some wielders of the urumi have up to 32 swords attached. Imagine the level of mastery they had to reach to be able to use the weapon. Fascinating!

You might be able to recognize this. Roti kalung or brass knuckles is one of Indonesia’s traditional weapons but there are no apparent hints as to where this formidable weapon truly came from. History suggests that the weapon has been used throughout the world even during ancient times.

Martial arts practitioners use roti kalung to improve punching power. I can’t imagine myself being hit by one of those.

Klewang is a weapon that originated from Malaysia used in martial arts and is believed to have originated from the late 18th century. The Klewang’s handle resembles the shape of a horse hoof and has a single-edged, curved belly blade.

Another weapon of sacredness. Just like the Katana, Keris or sometimes referred to as Kris, is a sacred weapon of the Indonesians. It has a dual purpose, a weapon and a sacred dagger used for rituals.

The form of the dagger resembles that of waves. The structure of the Keris is very detailed and each curve has specific meanings and magical and spiritual purposes. You can check this out to understand more about the sacred weapon.

Most fans of Chinese martial arts movies would be able to recognize this weapon almost instantly.  The Jian.

The Jian is from China and has been used for over 2500 years. Masters of Tai Chi and Wushu use this sword as a weapon that has a straight, double-edged blade to it. Are you familiar with this martial arts weapon?

One of the four major weapons of China, and is called the   “Grandfather of All Weapons”. The Gun has a 6-foot body length and has a base thicker than the tip.

Chain whip is one of China’s weapons intended for mid to long-range combats. It is formed from several metal rods connected by metal rings to form a whip, thus its name, chained whip.

It has a handle at one end and a dart on the other, which is used to slash or pierce an enemy.

Sai somehow resembles that of Poseidon’s trident (Admit it, it does look like a trident). In fact, it is believed to be the smaller version of a trident that came from India, although there are hints of the Sai being used in other areas around the world as well.

With all these magnificent weapons, it’s no wonder if you would want to have one yourself to add to your collection of martial arts weapons. Although if you wish to practice the weapons, do heed with caution as most of these weapons are deadly or could easily hurt you or someone, if handled improperly.