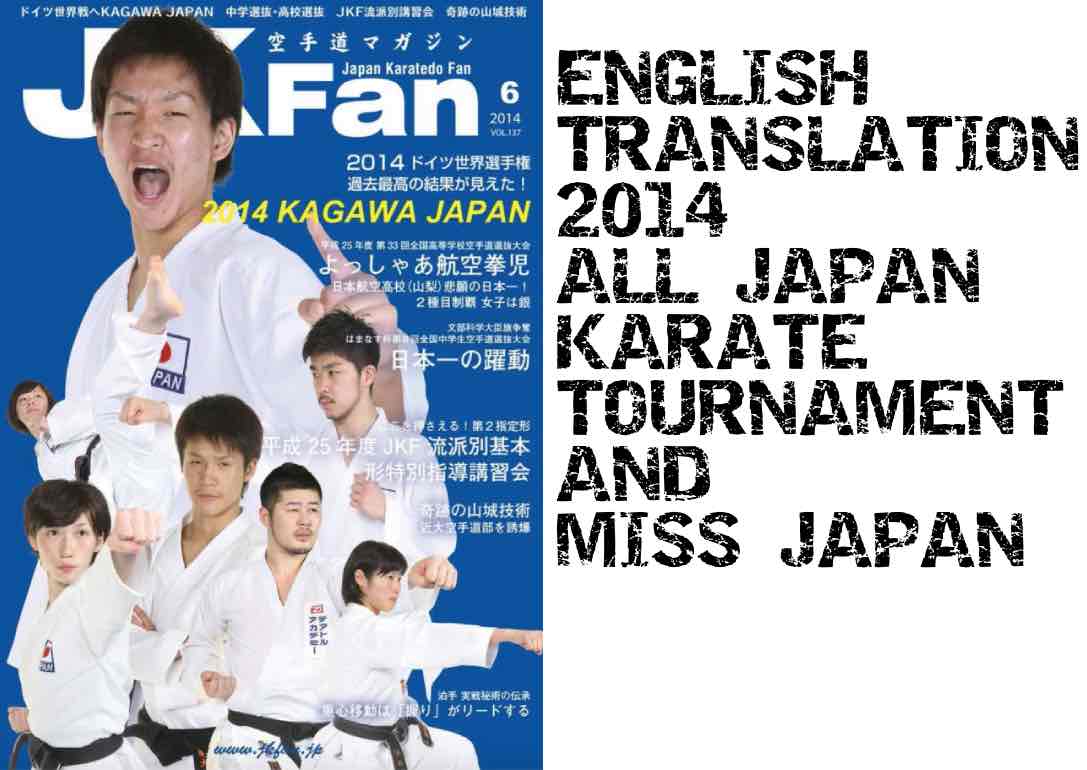 Revisiting the past, we have translated an amazing publication from Japanese to English for many Karate fans to enjoy around the globe. Not being able to read Kanji, or even simple Katakana/Hiragana can really hinder foreigners from enjoying the amazing content exclusive to the Japanese Karate realm.

Our goal: Let's translate some Karate news for all to enjoy!

Miss Keiko Tsuji Born October 9 1993 in Nago Okinawa is known as one of the most beautiful women in the world. She graduated from Nagasaki Kokusai University, and played for the Japan national team in Kata and Kumite from 2010 to 2014.

Selection criterion for Miss Universe Japan included Intellectual, Sensible, Considerate, Spirit, and Future goals. Over 43 women were selected for the honor of Miss Universe qualification. She also travelled to Miami Florida in 2014 and made the finals for Miss Universe but did not win overall.

Keiko San began Karate in elementary School and still plays in Okinawa currently. She won the All Japan Kyushu Tournament in 2012 for her weight class in Kumite.

Her Parents are both a Doctor and a Nurse, and Keiko graduated with a degree in Dietetics, and aims to improve nutrition world wide through her love of Japanese cooking.

Each year Japan holds a conference to select the National Team Members that will represent the Karate players internationally.

Sponsored by large companies and universities, the whole country is interested in the competition.

Seta Nakamura won the competition for sponsoring team Japan Airlines in an upset for the first time.

The publication includes some coaching tips on body mechanics as well as Kumite and Kata judging criteria.

Okinawan Kenpo expert describes the importance of the shape of the fist, positioning of the forearm, and proper movement because this correctly positions bone for impact. The driving force of the movements in karate is meant to be delivered with precise targeting to the soft tissue of the opponent.

The center of gravity is the main context of his teachings and he stresses to maintain your body as a weapon.

The hips are concentrated as the main focus for balance and power.

Understanding the physiology and linking of the reflexes and use of muscles sharpens the Karate of the practitioner.

You can focus on the opponents center of gravity to predict movements and targets.