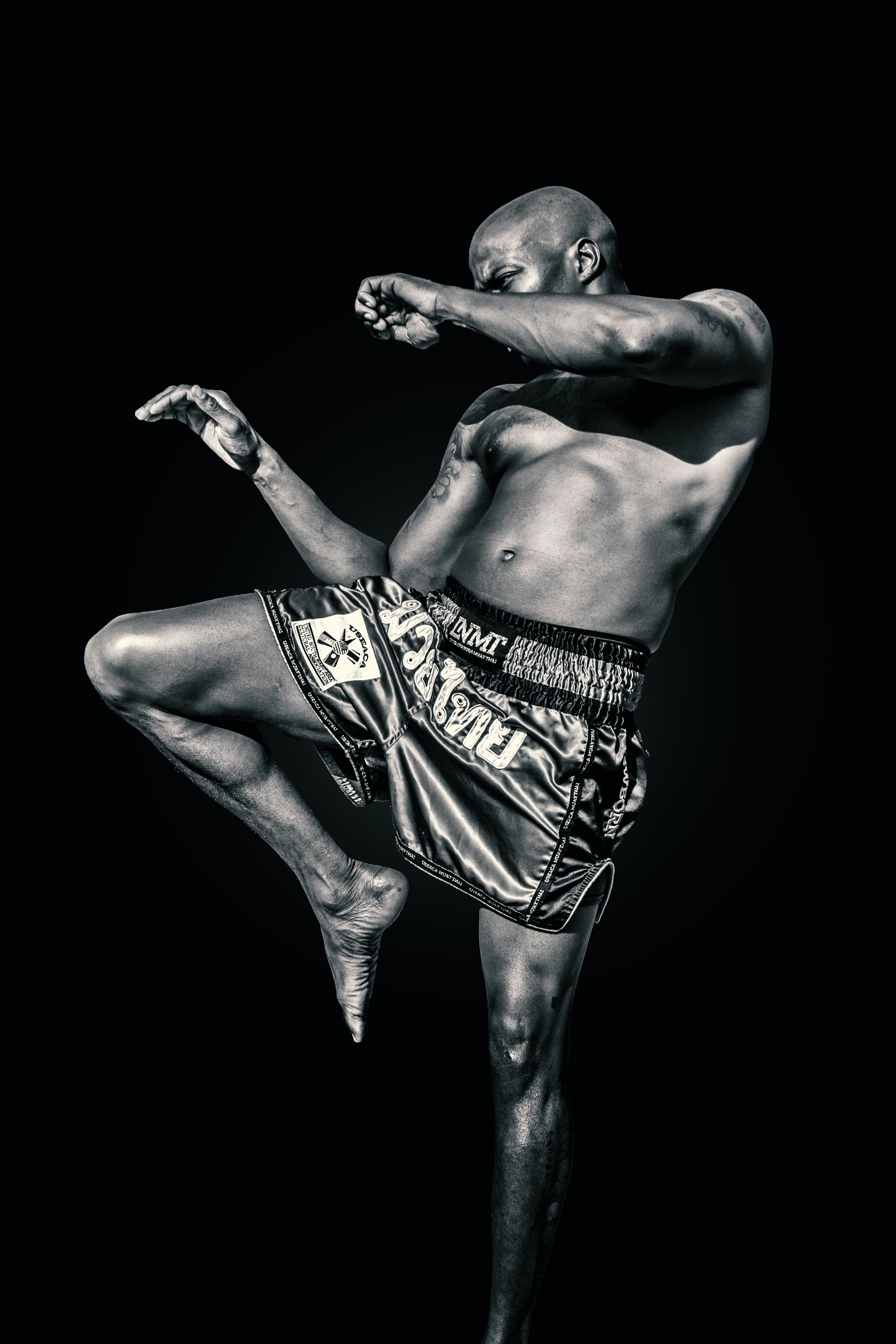 Muay Thai is a great competitor martial arts along with Karate, and focuses heavily on kicks.

Muay Thai competitions, like most other sports, require participants to dress appropriately.

Muay Thai is popular because of its emphasis on tradition and culture. Muay Thai fights are frequently accompanied by classical Thai music known as Sarama, which is sometimes performed live by musicians, even at international events.

Fighters wear the Mongkhon and Prajiads, which are unique headgear and armbands. Both of these items are revered as sacred objects, and they are treated with respect.

The Mongkhon, also known as the Mongkol, is a Muay Thai headgear. Thais believe it provides protection and good fortune to those who wear it. Mongkhons are traditionally made entirely by hand from rope and cloth, with adornments such as talismans. The camp's trainers are in charge of this task, and the Mongkhons are blessed by monks in a ritual before being worn by a fighter.

Before entering the ring, the fighters put on the Mongkhons, which they also wear for the duration of the Wai Khru Ram Muay performed before the fight. The fighter returns to his corner after the Ram Muay is completed, and the Mongkhon is removed -usually by a trainer- while a prayer for protection and luck is whispered. This custom has spread beyond Thailand's borders to international events.

Prajiad traditions, like those of the Mongkhon, can be traced back to ancient Thailand, when the country was constantly at war. They are thought to bring good fortune to those who wear them. During fights, prajiads are usually made from fabric torn from a mother's dress and tied around the arms.

Hemp rope was used to wrap around the hands in the early years of Muay Thai, around the 18th century, when it was just transitioning into a sport. Kard Chuek is the name for this type of practice. This is a more brutal style of fighting with a higher percentage of knockouts.

For professional fighting, lace-up gloves weighing between 6 and 10 ounces are used. Gloves with velcro closures (hook-and-loop) are used for day-to-day training and sparring to make it easier to remove them during breaks. Lace-up gloves are occasionally used in sparring to provide more support.

Muay Thai shorts are cut this way to allow complete freedom of movement, allowing the wearer to kick freely. Because of their comfortable feel and light weight, satin, nylon, and polyester-blend fabric are commonly used.

Hand wraps and ankle guards, in addition to gloves and shorts, are two essential pieces of Muay Thai equipment. Hand wraps support the wrist and hand during boxing, reducing the risk of injury. Hand wraps that can be reused and washed are used in training, while bandages are used in competition to wrap hands.

Ankle guards are not always worn, but many fighters use them for extra support when training or fighting. Ankle guards keep the ankles warm and provide extra support, which can help with balance and reduce ankle injuries.