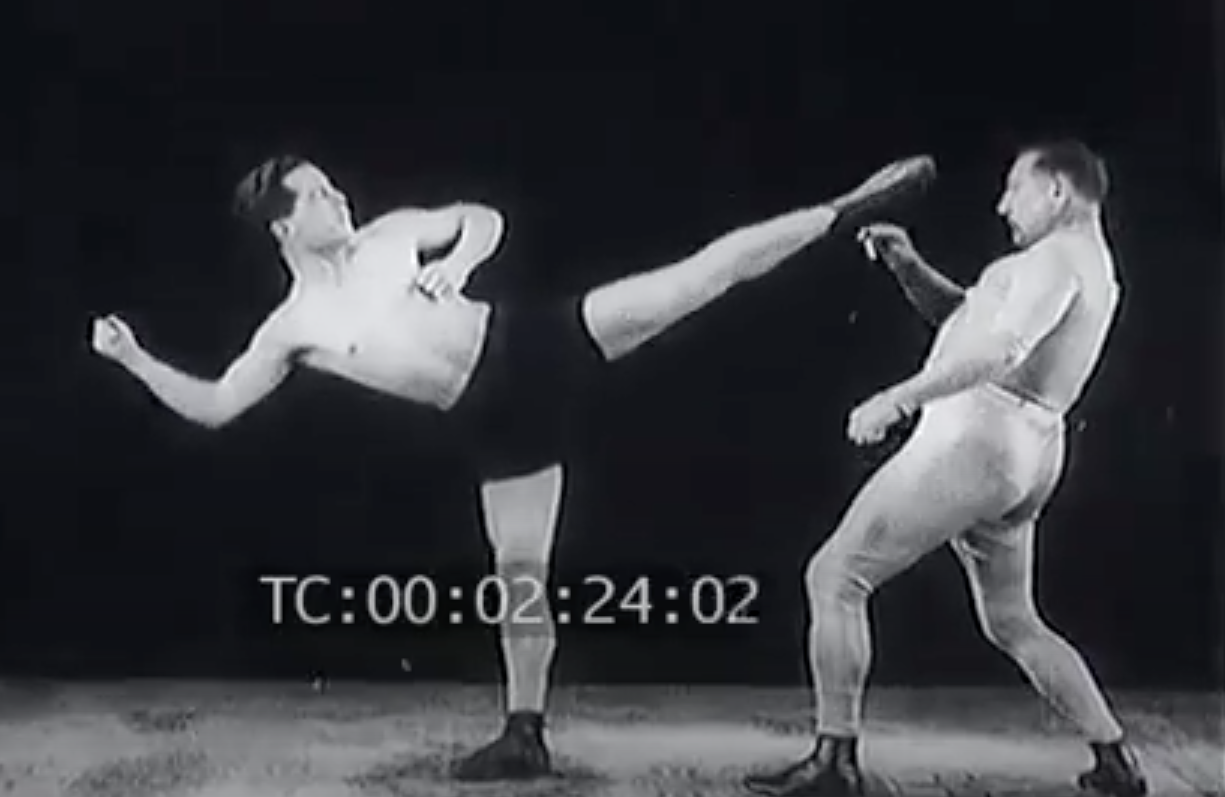 How Karate Got it's Kicks

Today, several karate kicks are popular, such as the Round house kick, Spinning back kick, and Hook kick.

These are some of the most spectacular karate kicking methods you'll ever come across.
They are, however, not to be seen in any Kata from Okinawa, the origin of karate.

‍
In fact, if you look at the work of the early karate pioneers, you won't find a single high kick, which is because they didn't exist in karate to begin with. Except the Kata Heiku, of the Ryuei Ryu Style but the timeline is debateable. Heiku is traceable to Kenri Nakaima whom in 1839 traveled to China to learn Chinese Kempo and brought it back to Kume, Okinawa.

‍
Modern karate, on the other hand, is full of flashy and dramatic kicks.
It's almost as if they're from a different martial style, which is exactly what happened.

‍
In today's mix of martial arts, it's not a surprise how karate got its kicks, and how it all began with traveling martial artists seeking new techniques to try out.
‍

Want to Learn Karate Online? Why wait? Make sure you grab your free membership today.

‍
Karate's original goal was self-defense.
When the art was carried to the mainland of Japan, it transformed from a system of self-protection to one of self-perfection.

‍
Kata was the major method for reaching this goal.

‍
There was only one issue.

‍
When comparing this new martial art of karate to pre-existing ones such as Judo and Kendo, which were widely practiced across Japan at various university groups and schools, one item remained absent.
A means to pit your abilities against one another.

‍
In Judo, you could start sparring almost soon, and Kendo, the current form of Japanese sword combat, was the same.

‍
But you couldn't spar with kata in karate.

‍
Bunkai, or practical applications of kata, were not designed for play fighting; rather, they were fatal and hazardous.

‍
Something had to be done if karate was to be competitive.

‍
And the answer was discovered in a completely other martial art that had arrived in Japan long before any Okinawan karate instructor had set foot on the island.

‍
Savate, widely known as French kickboxing, was the martial art in question.

‍
And the word Savate is taken from the name of the shoe worn by French fencers in the 17th and 18th centuries.

‍
When swords were forbidden in France, these fencers were obliged to kick with their feet instead, which is why French kickboxing is known as "Savate."
It's like fencing with your feet.

‍
When you look at classic Savate fighting manuals, you will find a striking connection to modern sports karate.

‍
All of the kicks that old school karate lacked, as well as some punching techniques like the kizami-zuki, which is nothing more than a thrust with your sword, except without the sword because it was outlawed.

‍
And each kick can be conducted in one of two ways: as a slingshot or as a spring.

‍
This is where the terms kekomi and keage came from in Japanese.

‍
And if you look at the footwork, you'll find that they're still using the traditional fencing type moves, comparable to modern sports karate.

‍
Savate designed a competitive system in which the first touch gained a point.

‍
When a fighter got hit, they shouted "touche," similar to how we pronounce "kiai" nowadays.

‍
The fight was stopped with a "yame" and restarted with a "salut," precisely like in modern karate championships.
This is merely the top of the iceberg.

‍
But exactly how did French kickboxing get into modern karate?

It goes back as early as 1615 when a Samurai, Hasekura Tsunenaga, stopped in Saint Tropez France for a few days in his travels to Rome. However, Christian Missionaries soon were sent to Japan and were often greeted with torture and a death sentence. Japan Closed it's borders to foreign trade with a policy called Sakoku, which lasted 264 years.

Commodore Matthew Perry from USA struck trade deals with Japan and led to France obtaining a treaty as well, when Japan had recently opened it's trade to the Western World. The Samurai Bakufu of Kamakura Japan worked with France to modernize it's military operations and France played a huge role in teaching Japan new Shipbuilding techniques and establishing legal code, while Japan supplied lots of Silk and Art to France.

One man, Jules Brunet, was a military officer contracted by the Shogunate of the Tokugawas rule for Artillery Instruction.

Thus, France now had a tight connection with Japan in social and military aspects.

‍
To address this dishonor and motivate its people, the French developed a new training approach by mixing German gymnastics with Savate, resulting in a whole new manner of practicing martial arts.

‍
The "Four Faces Method," for example, is a unique set of codified movements used to instruct dozens of people in grid-like formations.

‍
This innovative and contemporary martial arts training approach was a smash hit, spreading throughout the country in both the army and schools, finally finding its way all the way to Japan.

‍
At the time, Japan was aiming to become a global superpower.

‍
So they grabbed whatever they could from the West, including science, arts, engineering, and so on.
Indeed, the French launched many military expeditions to Japan to revamp their entire military industrial complex like building Japan's first ironclad warship called Kotetsu.
These new Savate training methods were also incorporated.

‍
Yoshitaka Funakoshi is the first person credited with a photograph of the Mawashi Geri, round house kick.

‍
Yoshitaka was born in Okinawa, but he relocated to Tokyo, Japan, with his father when he was 17 years old, and eventually became the principal guy in charge of teaching karate at several university clubs.

‍
And his observations and experiences while teaching karate all around the country lead him to make certain alterations to his father's karate.

‍
In serious combat, many of the tactics that have been created are irresponsible and have the potential to cause serious injury. Unlike Sport Karate, which is about control and fun.

‍
And you have to remember that national pride was at an all-time high in Japan at the time, and Yoshitaka was a tremendous supporter of the Japanese army.

‍
So he actually replicated the entire training system, including the countless kicks, from Savate because that's what karate needed to survive.
As a result, karate's popularity in Japan has surged.

‍
Every karate book written after this time features countless stunning fancy high kicks, as well as hopping all over the place, something none of the old karate pioneers ever did or demonstrated.

‍
The first All Japan Karate Tournament was held the same year as the old Funakoshi died, and the floodgates were open.

‍
Modern sports-based karate had arisen as a new style of karate.

‍
Something that has never before existed in karate.

‍
Like this Article? Check out the following Related Articles:

Martial Arts of the Samurai

The Founder of Karate