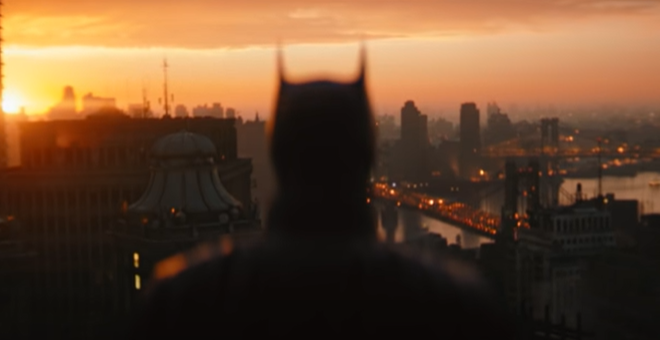 The Martial Arts of The Batman Movie star Robert Pattinson

Batman is one of the best new Martial Arts movies of the decade. Would you believe me if I told you that The Batman 2022 Star; Robert Pattinson was not only an actor, but a martial artist? Most of us are used to seeing him as the leading Vampire "Edward" in the Twilight Saga, but you should know that he actually has trained in various martial arts styles over the years!

His interest in the martial arts started at an early age, where he was influenced by his mother and father who were both athletes during their younger years, especially his mother.

Martial Arts in The Batman Movie with Robert Pattinson

The Batman is the hottest new film of 2022 and fans are raving over the chilling performance from Robert Pattinson. The famous Vampire heart throb is actually a skilled martial artist and shows off some incredible moves in the new Batman movie.

Batman traditionally practices many forms of Ninjitsu and Martial Arts from the East.

In modern appearances, Batman has been depicted as using a combat system called Bruce Lee's Jeet Kun Do, an fighting style that was developed by Bruce Lee by mixing together several different martial arts like Kung fu and Kick Boxing. The depiction may be based on a common misunderstanding of Jeet Kun Do, whose focus is not competition-based, but instead actual combat practicality and efficiency regardless of competition rules.

Batman isn't wearing a Karate Gi, he is fully decked out in body armor.

He even uses his grappling hook to take down enemies as a ranged attack.

In its most advanced form, Jeet Kun Do is supposed to be entirely formless; practitioners are supposed to be able to utilize it whether they are facing a single opponent or multiple opponents of any size.

Many real-world martial artists have expressed skepticism at batman's fighting style being unbeatable in combat and how the bullets bounce off of him. Basically he just uses a mix of various martial arts styles. It ends of being pretty cool but due to the constriction of the armored suit, Batman mostly throws punches instead of kicks, and uses Judo like throws with his brute strength.

Robert Pattinson is the Star of the new The Batman Movie series. He plays a Neo Noir detective version of Batman that is vulnerable and emotional but highly intelligent.

Star of The Batman series and famous for his vampire character in Twilight. Pattinson’s martial arts background is very high flying as well as street level. He began training at age 6 in Karate, Capoeira, Kickboxing, Tai Chi, and Aikido.

In an interview with Vanity Fair Robert Pattinson spoke out about his past 5 years spent training for the Batman role. At first the internet was extremely skeptical in the change of the character from Ben Afleck to Pattinson. He was scared of letting down die hard fans of the Batman franchise that had become "so emotionally connected" to the character.

Pattinson describes how working inside the Batman suit makes acting and performing more difficult. This is well known in Hollywood and was the same issue in the movie filming of Robocop.

“This was by far the hardest role I’ve done physically. I had to learn a very particular method of choreography. It looks easy, but it’s actually not,” Pattinson said, laughing. “First, you learn certain martial arts moves. Then you build into different patterns really quickly, and then add a few sets of different combinations. As soon as you put on the suit, everything gets more difficult.” -Robert Pattinson in Vanity Fair Interview

Many filming halts and setbacks occurred for Pattinson on the 5 year road to The Batman's release including breaking his wrist onset and contracting Covid 19.

Pattinson does have experience in the Martial Arts from his Childhood, learning stage combat from The Barnes Theatre in England.

He teamed up with Stunt Choreographer Robert Alonzo to sharpen his Combat Acting skills according to Rappler. Rob is one of the most famous Filipino martial artists in Hollywood and contracts a lot of work for Warner Bros. Pattinson raved about the skill he learned while working on set with talented stage combat artists like Rob Alonzo.

“Rob has a great style. You learn certain signature moves, which you can build into different patterns really quickly,” - Robert Pattinson

Robert Pattinson also trained in Brazilian Jiu Jitsu with a local hollywood Trainer for the role as well.