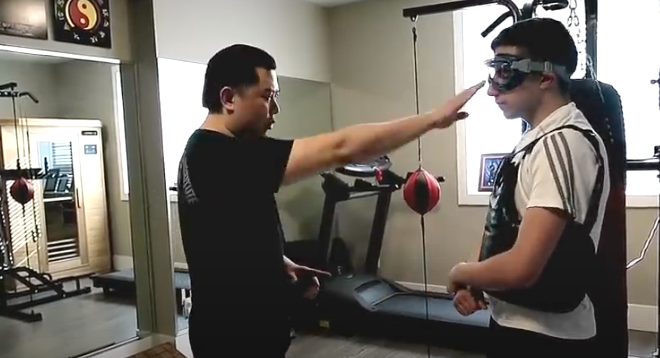 What is Wing Chun?

These are the fundamentals of Wing Chun.

Just like any other form of martial arts, Wing Chun was developed as a means of defending one’s self. Wing Chun, or sometimes referred to as Ving Tsun, is a Chinese martial art with a more soft and subtle fighting style.

According to history, Wing Chun was developed by a Buddhist nun, Ng Mui, in hopes of giving females or people with smaller stature a chance at fighting.

Wing Chun was named after Yim Wing Chun who is a female martial artist, and the top student of Ng Mui, who introduced Wing Chun to the world.

Wing Chun has two basic focuses, timing and positioning. Unlike many other forms of martial arts that give emphasis to speed and strength, the style of Wing Chun is the best ideal for females and people who are smaller or don't have enough force.

Over the years, Wing Chun has been considered as one of the 3 greatest martial arts of Southern China and has been passed down from generation to generation until popularized by Grandmaster Yip Man, who until this day, his name is still renowned.

Everything you need to know about Wing Chun has been summed up to help you better understand just how powerful this Kung Fu is.

How Powerful is Wing Chun?

If applied properly, Wing Chun is a powerful martial art. Compared to other forms of self-defense, Wing Chun focuses on defending and defeating opponents in the quickest way, as reflected on one of its fundamentals. It is very effective in terms of actual combat since it has a unique style with a distinct technique that utilizes both defense and offense.

If you are a martial arts enthusiast who knows different kinds of martial arts, you will clearly see what separates Wing Chun from the others.

If you think that Wing Chun is a martial art that can be undermined due to its minimal use of brute strength, then clearly you are mistaken. Even the most prominent opponent can be brought to knees with a true master of Wing Chun.

The Principles of Wing Chun

One of the most dominant principles of Wing Chun is the Centerline Principle. It adheres to the notion that one’s body should always be positioned away from the opponent but at the same time should still be able to control the opponent’s movements especially when fighting.

With the Centerline Principle, the practitioner is encouraged to envision a vertical line passing through his/her downline. From there lies all the critical organs of one’s body and should at all times be protected from opponents.

To effectively use the Centerline Principle, there are three (3) guidelines that must be understood.

Learning Wing Chun is easy. It can even take you just a few years to learn Wing Chun. But mastering it is another story. If you want to be a master in it, it won’t just take you a few years but you might need to live it.

For beginners, learning these techniques can help you learn Wing Chun Kuen entirely.

Although there’s a 95% chance you won’t be using this stance in actual fighting combat, this is a very important stance that beginners must learn when learning techniques.

The Wing Chun Training Stance is a neutral stance and starting position for exercises.

To begin with the stance, start off with your legs half squat and position your fists forward at chest level.

This one in particular is a tricky one. Especially if you're planning to master it. But this is an essential stance to create powerful movements, especially when faced with an opponent in close combat.

To effectively do this stance, make your heels as the base of the pivot point instead. To avoid being confused, you can start by pointing your toes upward or skyward. Once you get the hang of it, focus on getting them to grip the ground while turning.

Learning all these things about Wing Chun, there's probably an inkling question in your mind - Can I learn Wing Chun at home?

Well, technically yes! You can learn Wing Chun at home. But just as what is mentioned earlier, you will only be able to master it with the guidance of a true practitioner of Wing Chun and with long years of living it.

But if you really want to learn Kung Fu, you can start by looking for online martial arts lessons or sessions. There are plenty of that on Youtube, and even on various social media platforms.