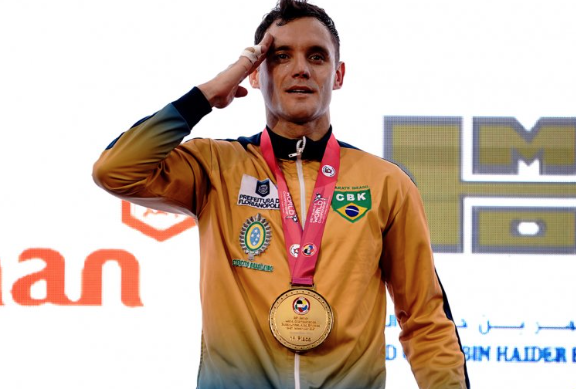 Brose wanted to compete in the Olympics so bad that he moved up to the -75kg weight class, where he beat notable athletes falling just shy of qualification with a 2nd place result.

Not only is he the current world champion, he has defeated newcomers to the scene year after year.

Brose loves Karate as a Sport and has been voted to represent Karate atheletes around the globe as a member of the World Karate Federation Athlete's Commission.

Douglas is 35 years old and represents Brazil as the National Team Karateka. He had a very serious knee injury and endured surgery and physical therapy before returning to the karate competition circuit.

Brose is also a third sergeant in the Brazilian Army.

He recently was crowned the World Champion and Gold Medalist in #KarateDubai2021, a World Karate Federation Event that uses Karate 1 Premier League as it's selection process.