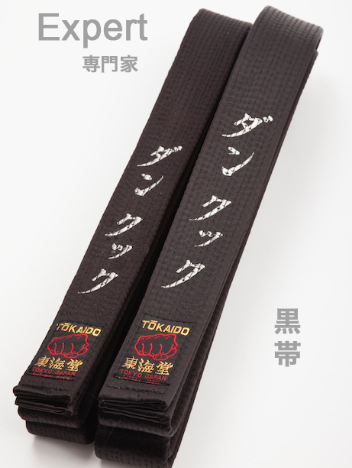 7 Best Brands for Belts in Karate

As a Karate School Owner, there's a few factors to consider when shopping suppliers for your Karate Belts. We've determined that shipping speed isn't a main priority for most schools, but quality, design, and price are huge factors when choosing whom to order from in bulk.

For schools like ours, we have a large competition Karate team therefore the look of the belt is more important than the pricing. We need a Quality belt that won't fray, holds it's shape without twists or wrinkles, and has an attractive logo or name brand.

We've tested tons of brands over the past 30 years, many of which faded from existence faster than you can say Ura Mawashigeri.

The top 7 Brands for buying Belts in Karate are:

If you are a Karate belt manufacturer who didn't make the list, gomenasai my friend. However, these belts stand as a cut above the rest in both the dojo and at tournaments and we'll share some insights on why we chose these Karate Brands for the top rankings.

Similarly, we reviewed the best 11 karate gi brands, check out this article if you're in the market for a competition Karate gi.

Tiger Claw is a brand of AWMA, Asian World of Martial Arts and one I've been familiar with for over 20 years. As a kid, I used to see a lot more Tiger Claw Gi and Belts, but they've seemed to fade away in favor of WKF approved brands in the past decade.

The Tigert Claw belt is a good brand and good quality, a little short so order a half size up. The logo is pretty small and orange. Nothing super special about it. They're among the cheapest options at around $7 USD per karate belt.

Bold Karate Belts are ok. They are really cheap at around $6 USD per karate belt but work great for beginners. The stitching is somewhat inconsistent and they're a bit thin for my liking.

Century has become the Walmart of Karate in my humble opinion. They make a great beginners product but the buck kinda stops there. You can't really beat the $5 USD per karate belt pricing and the quality is thin. This belt tends to wrinkle if not folded. However retailers get another 5% off, so when you have a big beginner turn over it makes sense.

Century has a slightly higher end line of products but I'm not convinced it's much better. They fit kind of weird and stick out at all sorts of angles because the material is too light weight for gravity to pull it downward.

Makes a perfect option for Halloween.

Kamikaze is one of my favorite distributors because they carry a lot of different high quality brands and also make their own Kamikaze brand which is WKF approved too. The Kamikaze New Life logo looks really cool compared to their old JKA looking logo but their both great.

I like the thickness of the belts for beginners and it makes an awesome option for tournament competitors, earning them a coveted number 4 spot on our top Karate belts list.

Kamikaze rings in with new pricing at about $4.50 per karate belt making it extremely affordable.

Ki International has a very high quality belt for beginners and intermediates, with a deluxe width and 8 rows of stitching. they are about $7 per karate belt so are among the higher end, but end up making a great option for competition teams.

You can easily order Kanji or embroidery as well.

Tokaido is the original Karate Belt Manufacturer from the early 1900s. The quality is amazing and will last for many years. I recommend this as an option for advanced students, but I did buy my wife a tokaido white belt because she thinks they have the coolest logo.

The Tokaido logo is intimidating and gives an awesome impression with Karate judges and other competitors. The $15 price point is well worth it, the karate belts retain their shape and have a nice thick weight.

Shureido Karate Belts are the best Karate belts on the market and are hand crafted in Okinawa Japan, the birthplace of Karate. I've been to the iconic blue store in Naha many times and the logo just brings a wave of nostalgia every time I see it.

Shureido has perfect width stitching and folded belts with heavy weight to them. The look and feel have no comparison.

I will be a Shureido customer for life, and it's my favorite cut and the sizing is true to scale.

Shureido Karate Belts cost about $39 USD so they are quite pricey for most students. I'd recommend Brown and Black belts choose Shureido brand.

There is however a life hack available, as a junior and a teen I wore REI brand Karate Belts by Shureido and they are way cheaper! It's not an official brand of Shureido but is supplied by REI (Ryukyu Enterprises, Inc,) in California who owns Shureido Usa. Send them an email to check availability to stock these in your dojo.

The blue logo with the pin wheel looks really cool and I believe they are still relatively beginner friendly pricing. My dad's dojo "Ocala Karate Dojo" supplied these to all of his students.